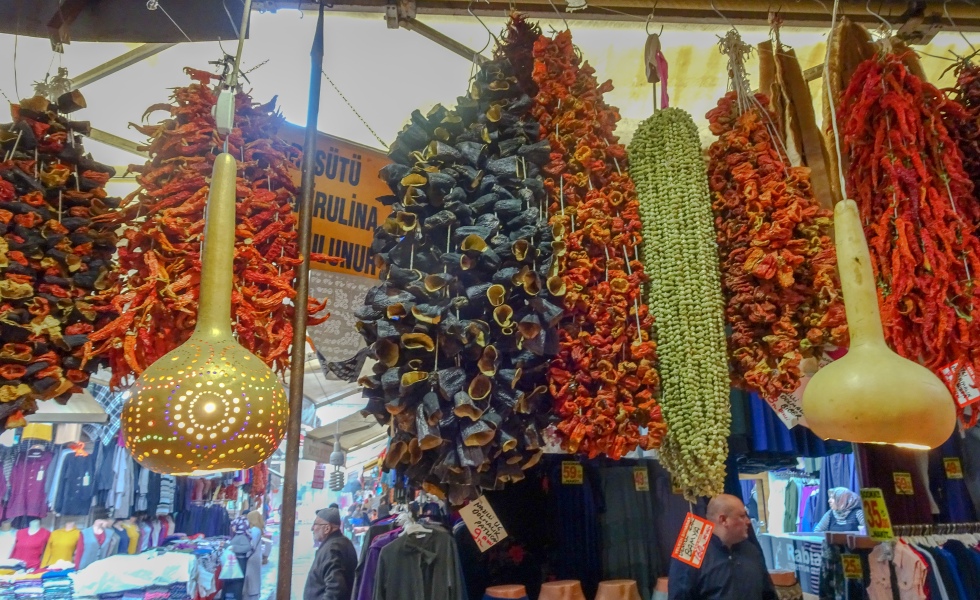 We’d known that in late October the weather wouldn’t be boiling and we wouldn’t be spending all our days lazing in the sun so after a quick coffee down by the water we hopped in the car and headed to Izmir, Turkey’s third largest city and home to a bustling market. 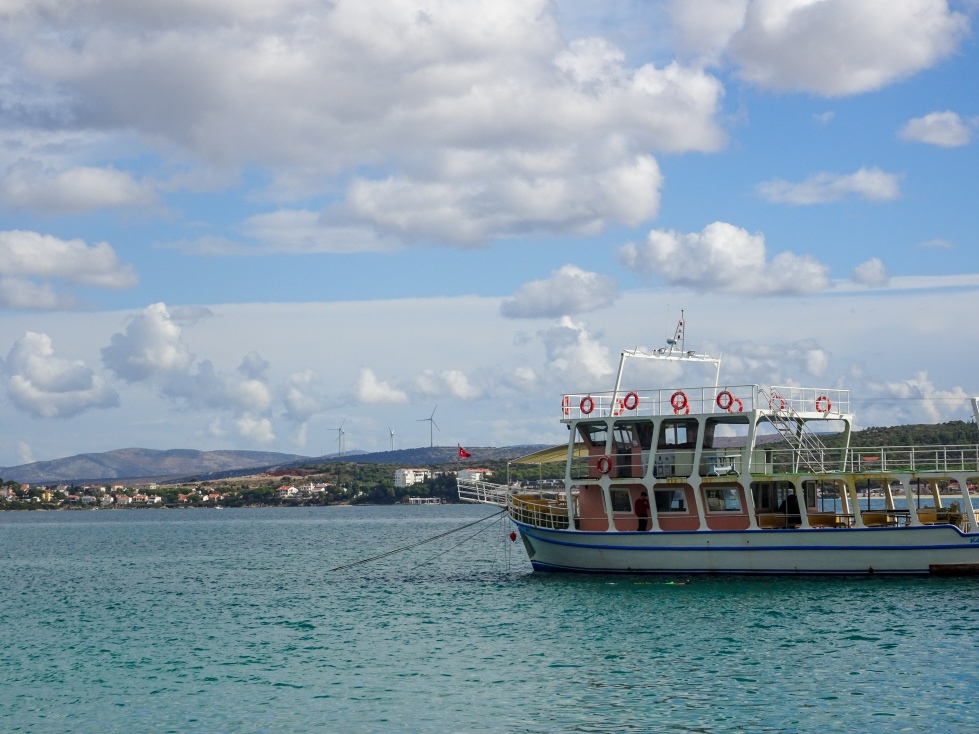 What we hadn’t quite bargained for however, was the rain. Rain that can only be described as biblical; that decided to arrived almost the second we hopped out of the car. Note: this is another bad time for espadrilles, they survived the hill climb, not so much the flood.

Luckily there was more than enough to distract us.

Abundant mountains of nuts, herbs and chillis as far as the eye could see. 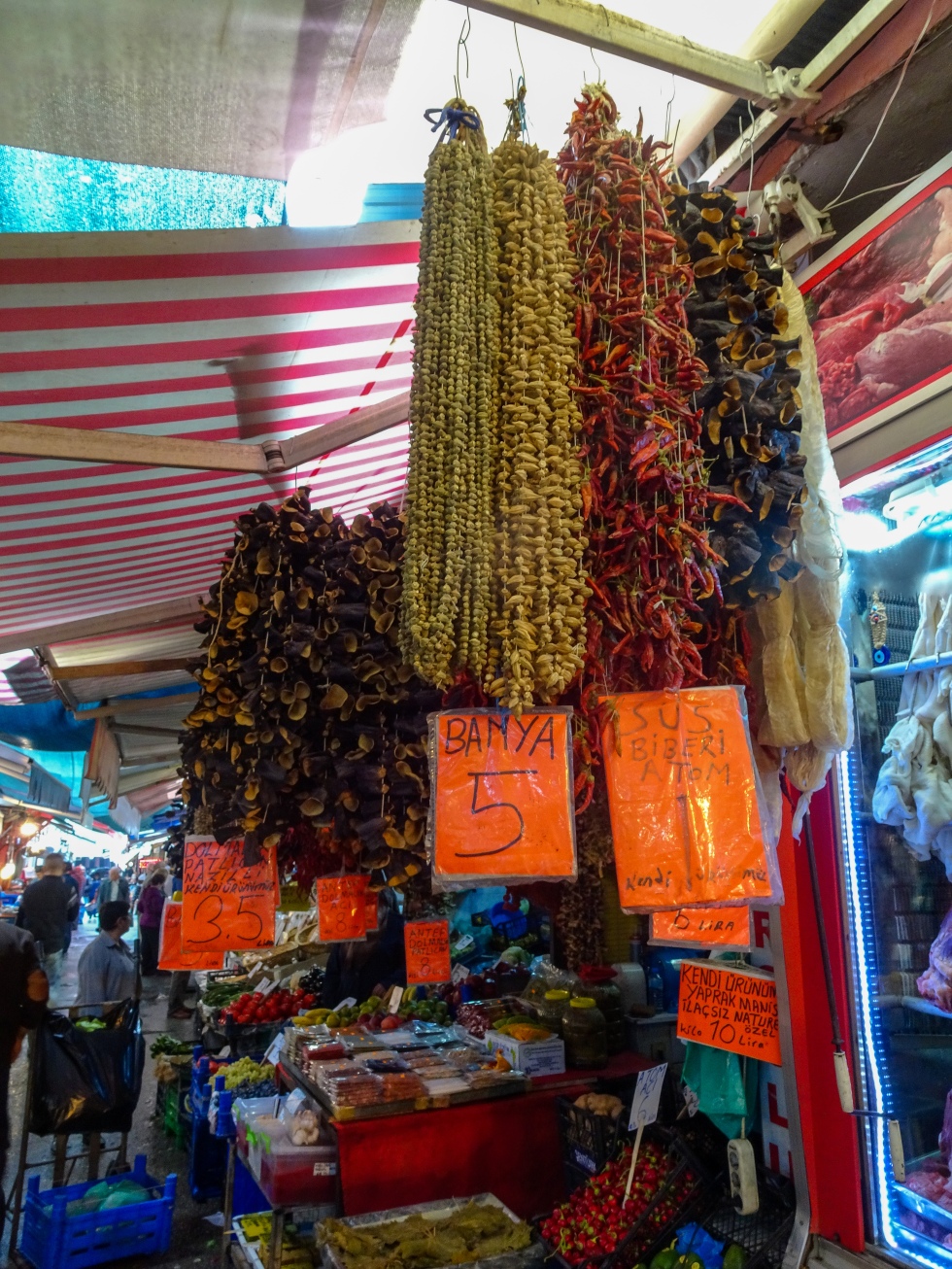 Which we obviously couldn’t resist.

Next to no one speaks English in this part of Turkey which makes such a nice change and leads to lots of hand gestures and attempts at mime, much to everyone’s amusement and something which Annabel particularly excelled at.

There were, of course, sweet morsels to be had as well, much to Annabel’s delight. 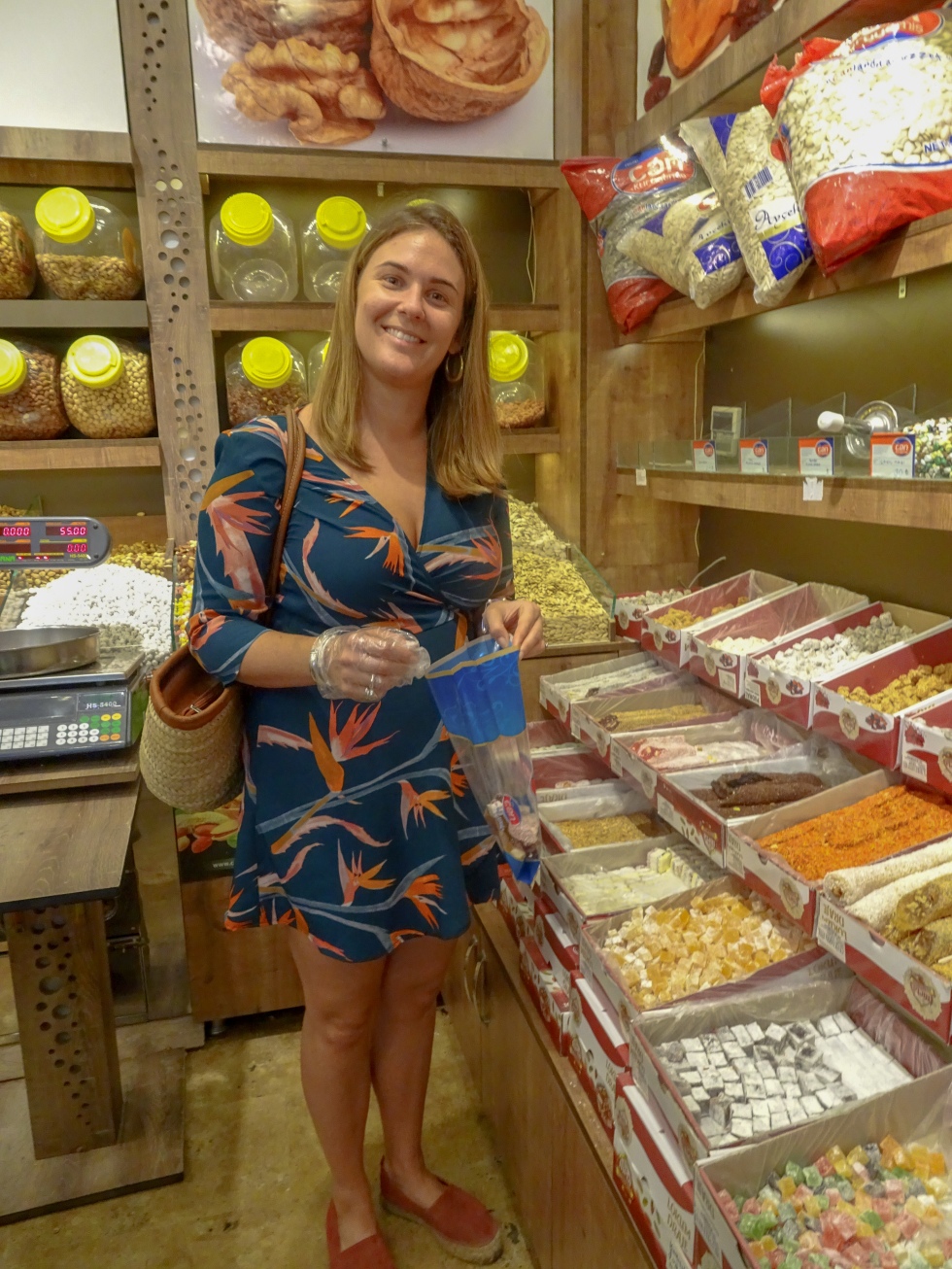 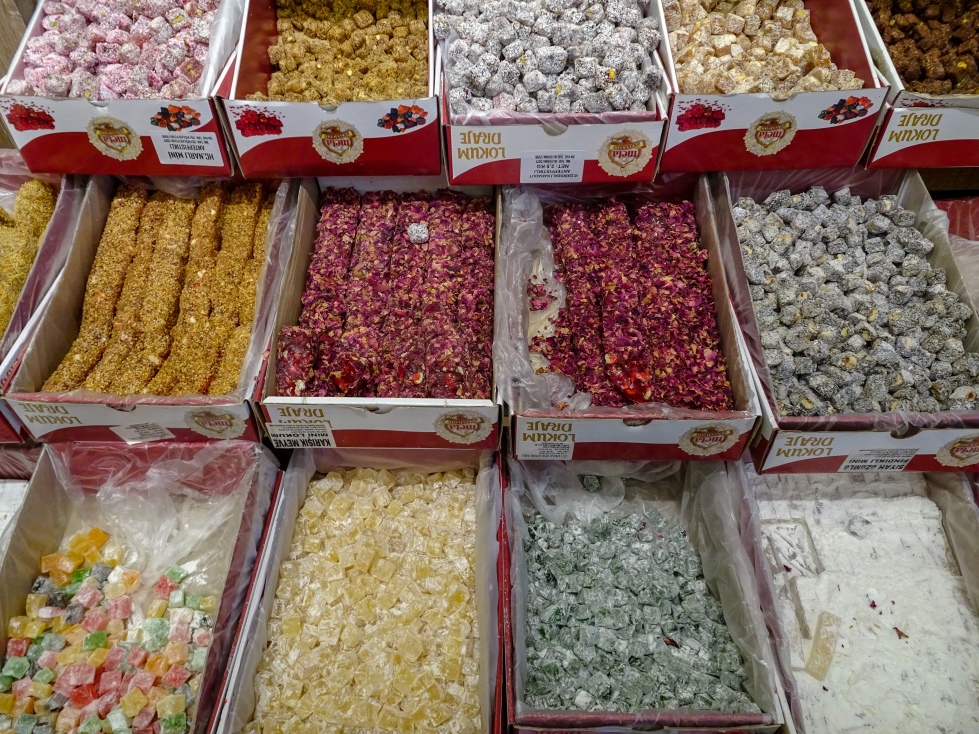 And a few more fishy options gleaming on their tables

As with any good market, it is LOUD. People yell, haggle and laugh at the top of their voices and one ingenious chap even cracked out the google translate in order to have a good flirt

Sodden and thoroughly weighted down with bags of spices, oils and loofahs we headed to a little restaurant for sustenance. 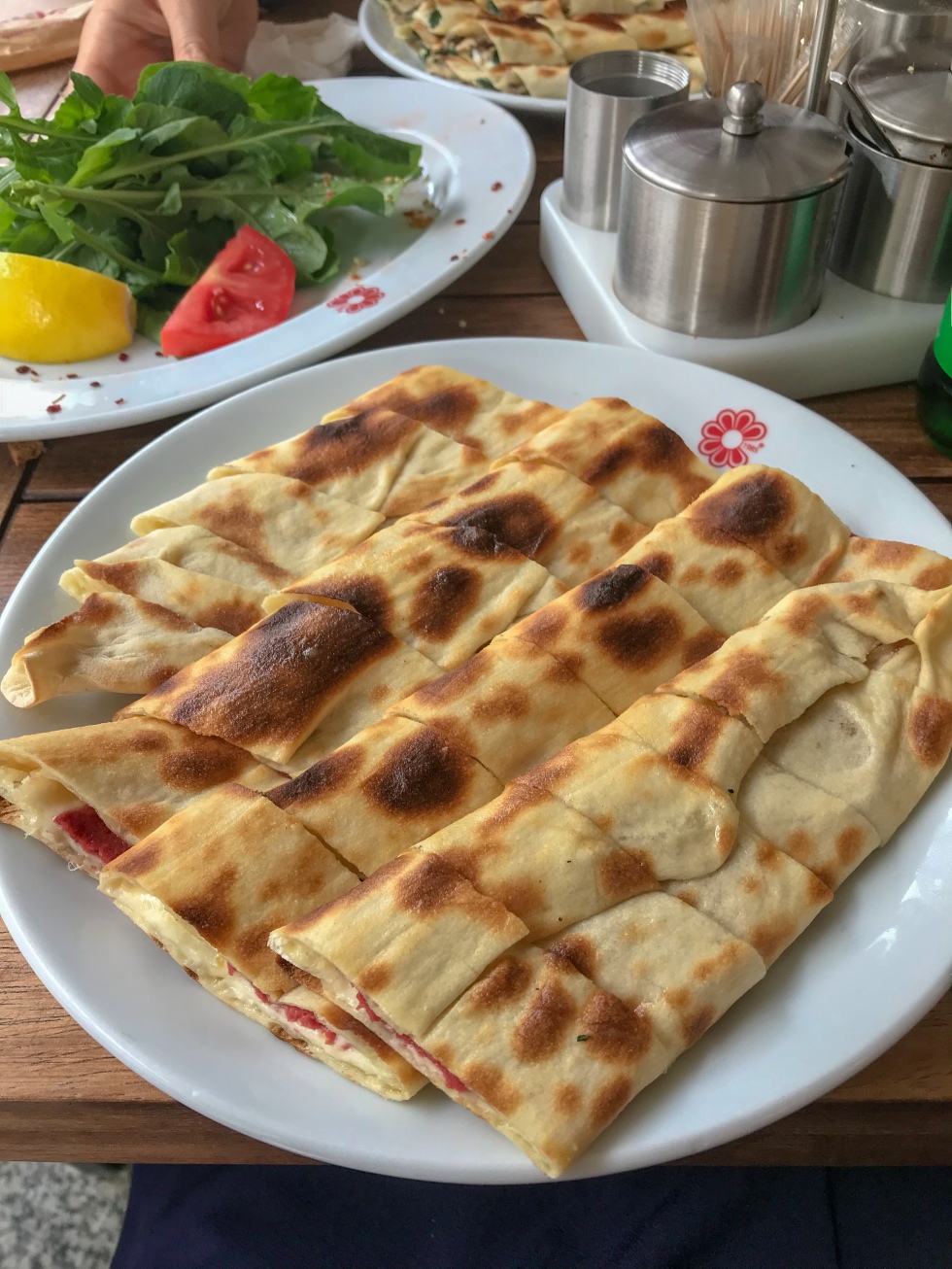 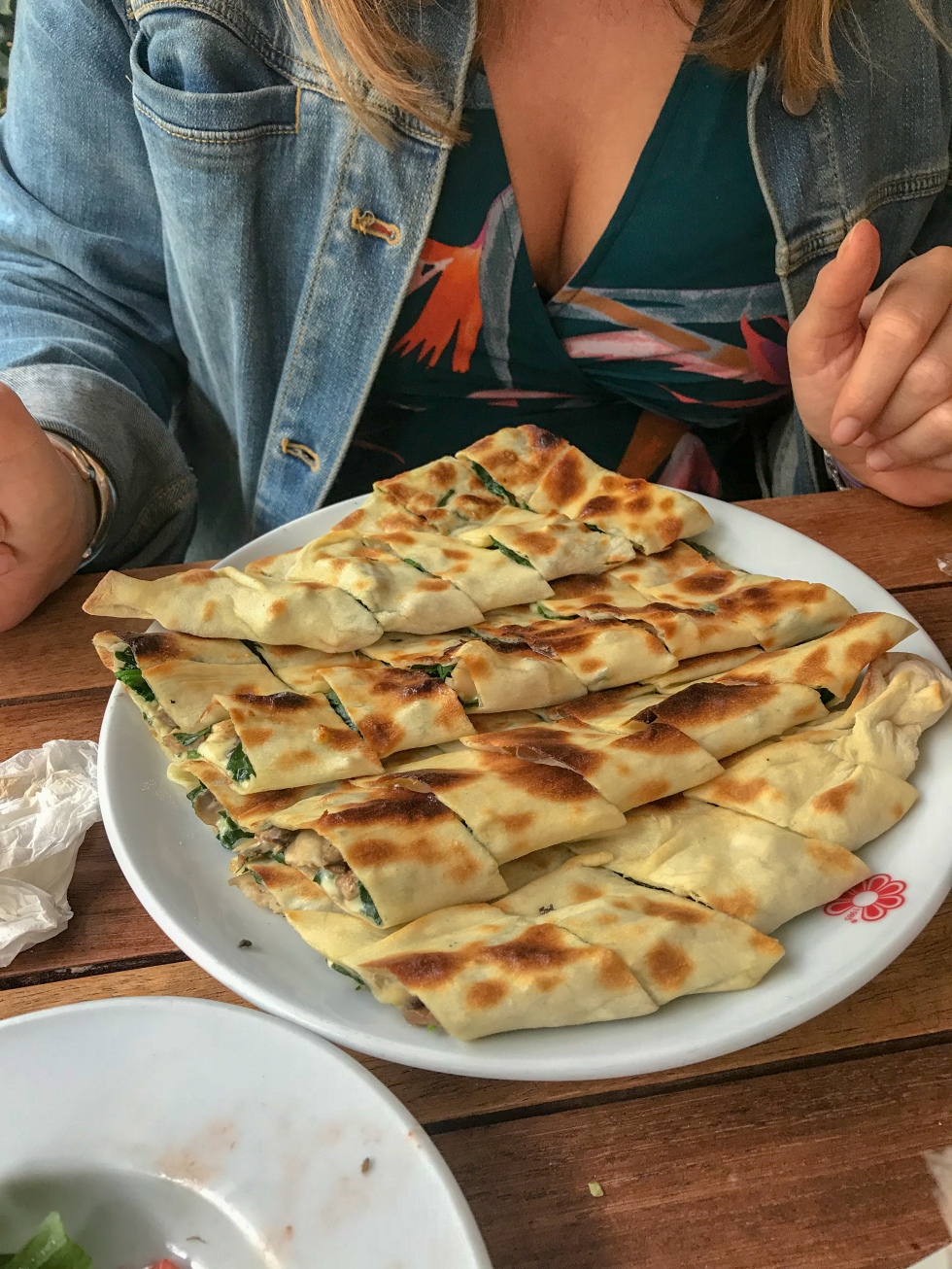 Tucked down a funny little residental street we found a wonderful little place selling pide, a kind of Turkish pizza, rolled very thin and either topped or stuffed.

With the obligatory pots of chilli and oregano that seem to reside on every table in Turkey for sprinkling liberally over everything. I’d be hard pushed to pinpoint my favourite thing about Turkey but if pushed, it could well be this.