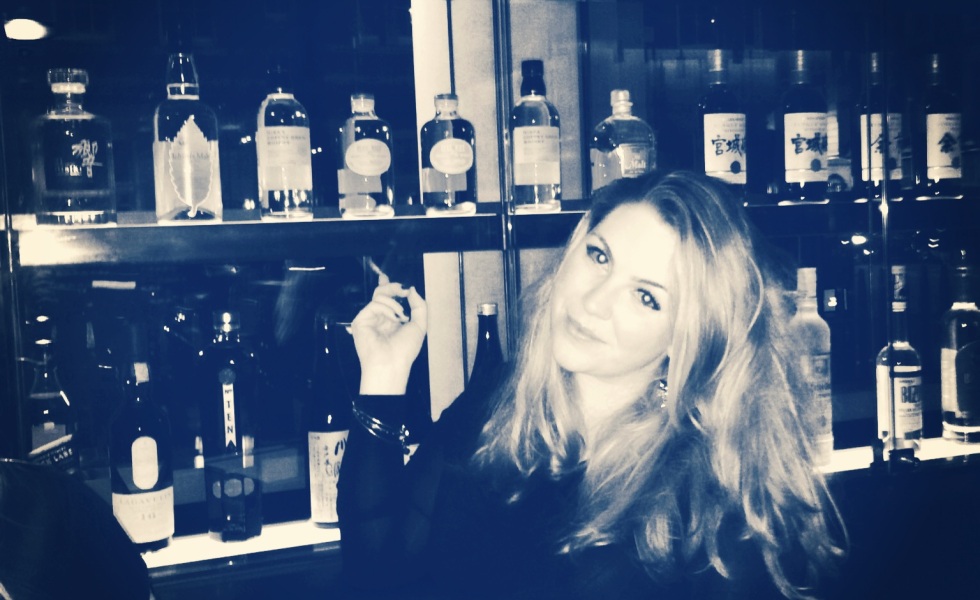 Last week Alex, my friend Sara and I checked out the new Roka in Mayfair. Our friend Will was supposed to join us but unfortunately got stuck in Nassau on business so we went as a three. After a massive blonde moment from me, causing us to go to the wrong restaurant, we arrived and settled ourselves at the bar with some cocktails whilst we waited for our table.

Before moving to our table and ordering what the waitress clearly thought was quite a lot of food.

With the edamame, Alex got started on some Sake, which came in it’s own adorable little ice box. 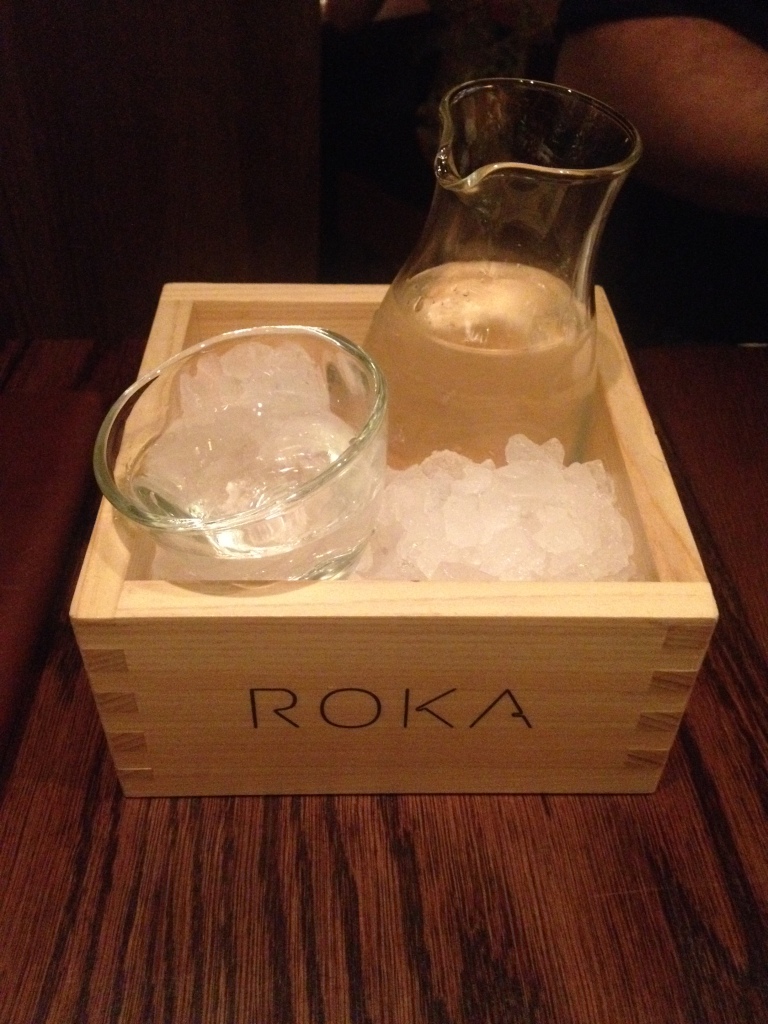 Whilst Sara and I tried some Shochu, a type of Japanese distilled alcohol. Jasmine for her and raspberry for me. They came served with chunks of hand carved ice, chiselled off a giant block behind the bar. 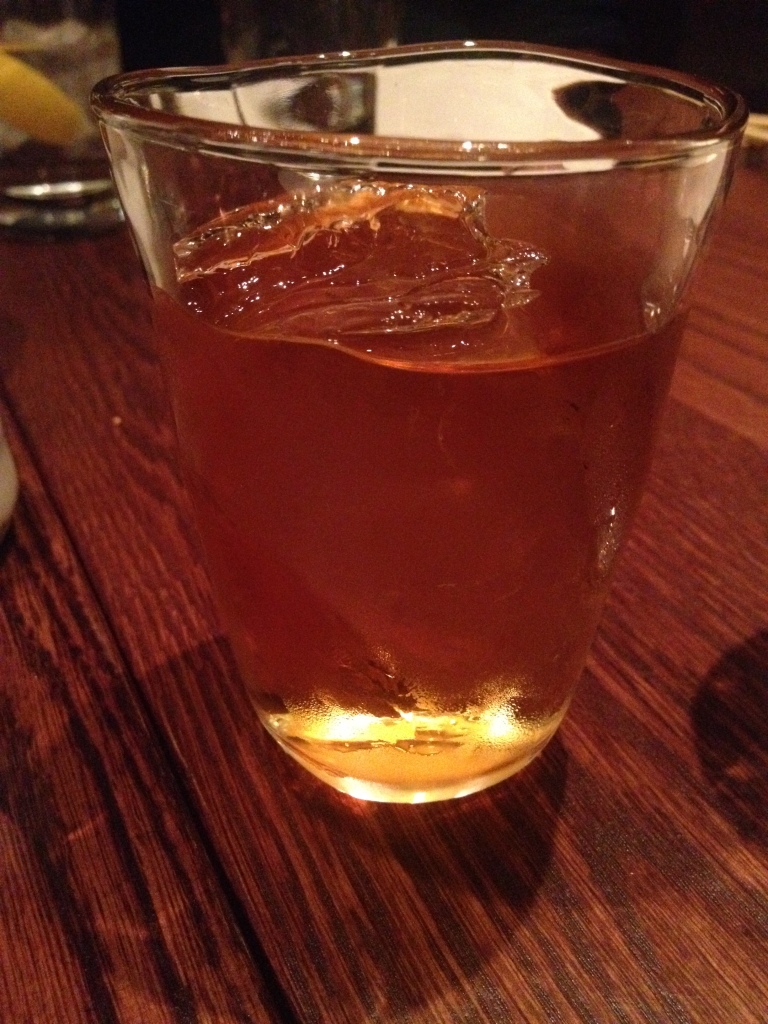 We started with some sushi and the most perfect little bites of rock shrimp tempura. 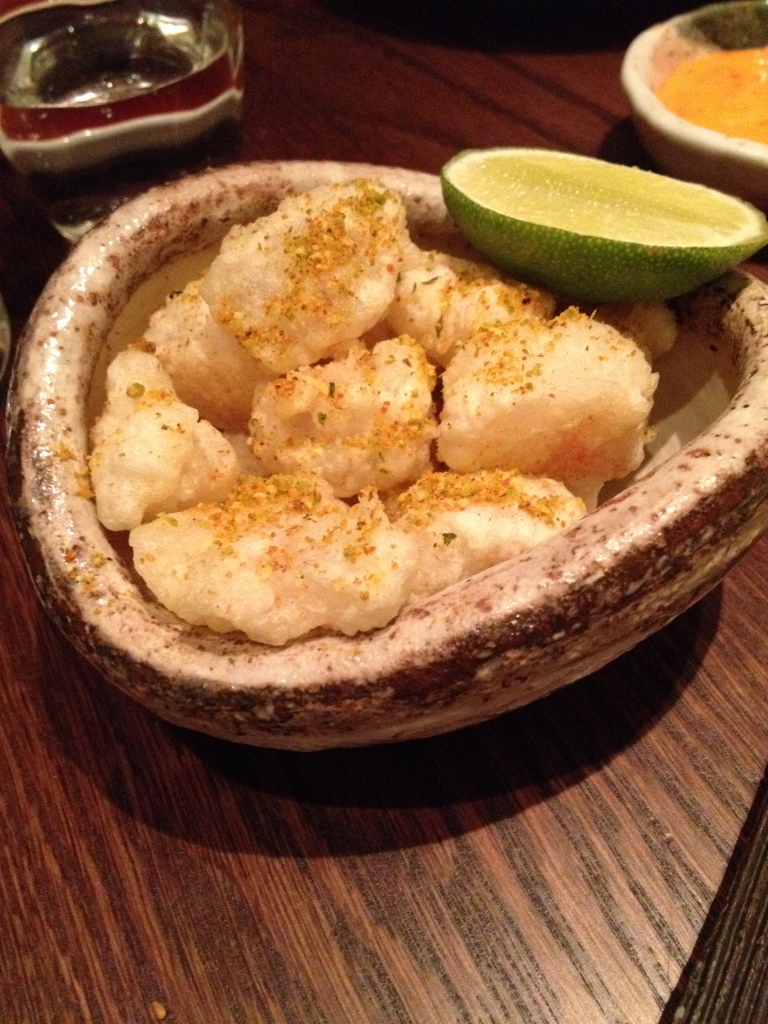 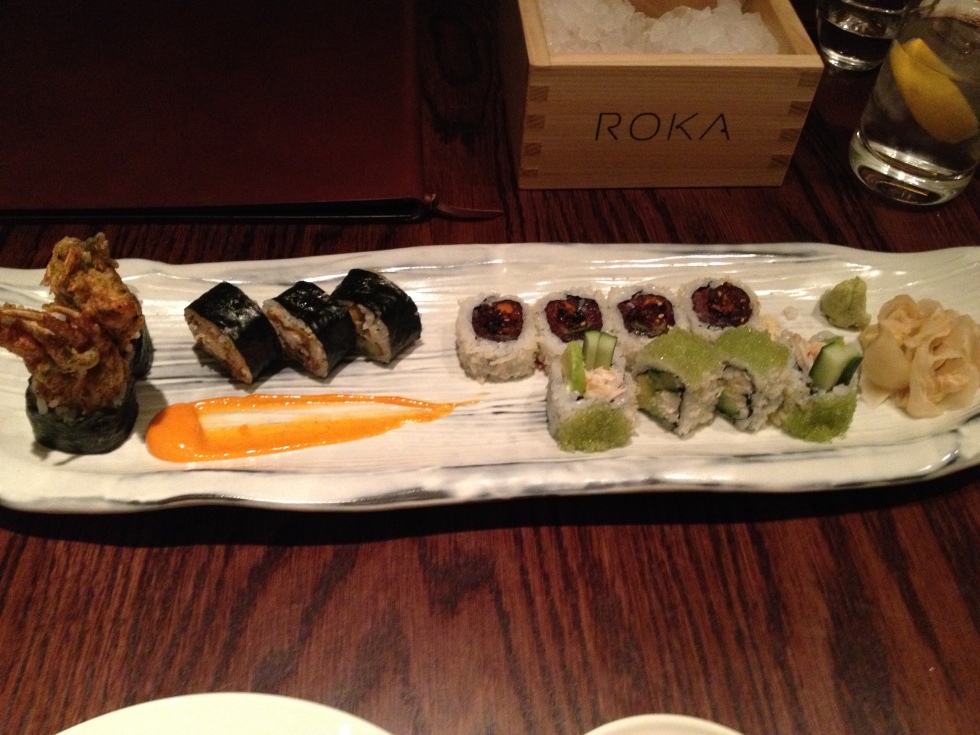 Before moving on to dumplings. The triangle ones were amazing, I think they were prawn and black cod but I can’t remember exactly. The beef ones weren’t bad but not a patch on the others. 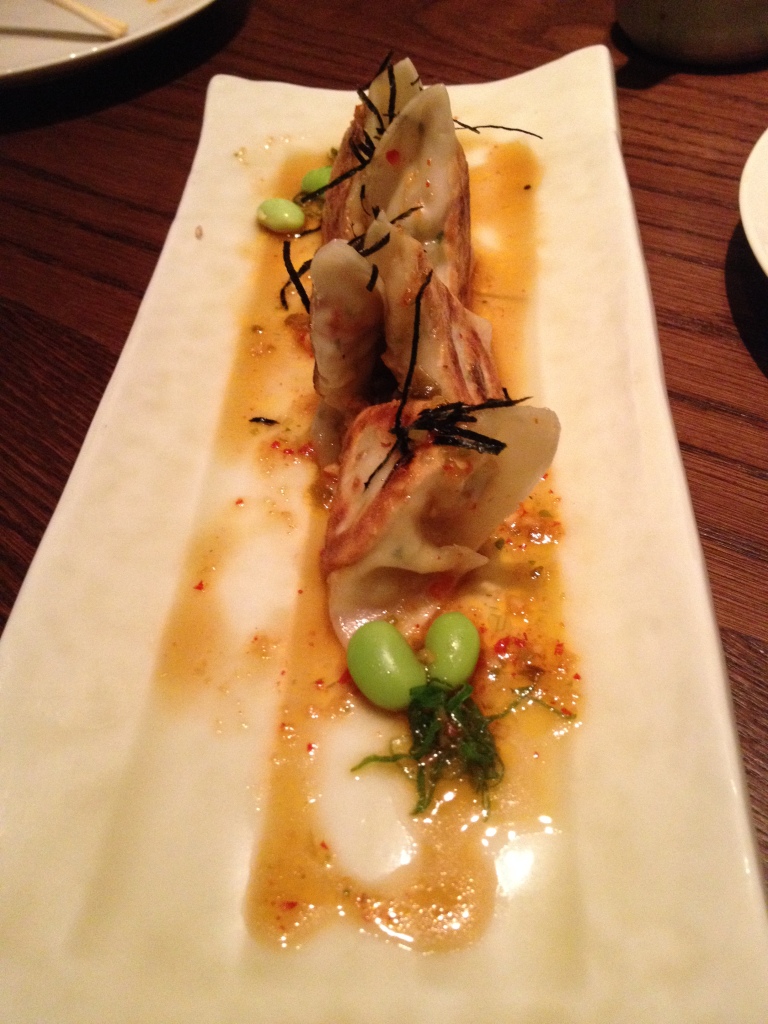 Whilst the black cod with white miso was just sublime, the broccoli provided some freshness.

Then there was some teryaki salmon which was good, despite me not particularly loving salmon and some truly scrummy ribs.

Oh look, a wall full of whiskey, right behind little old me. 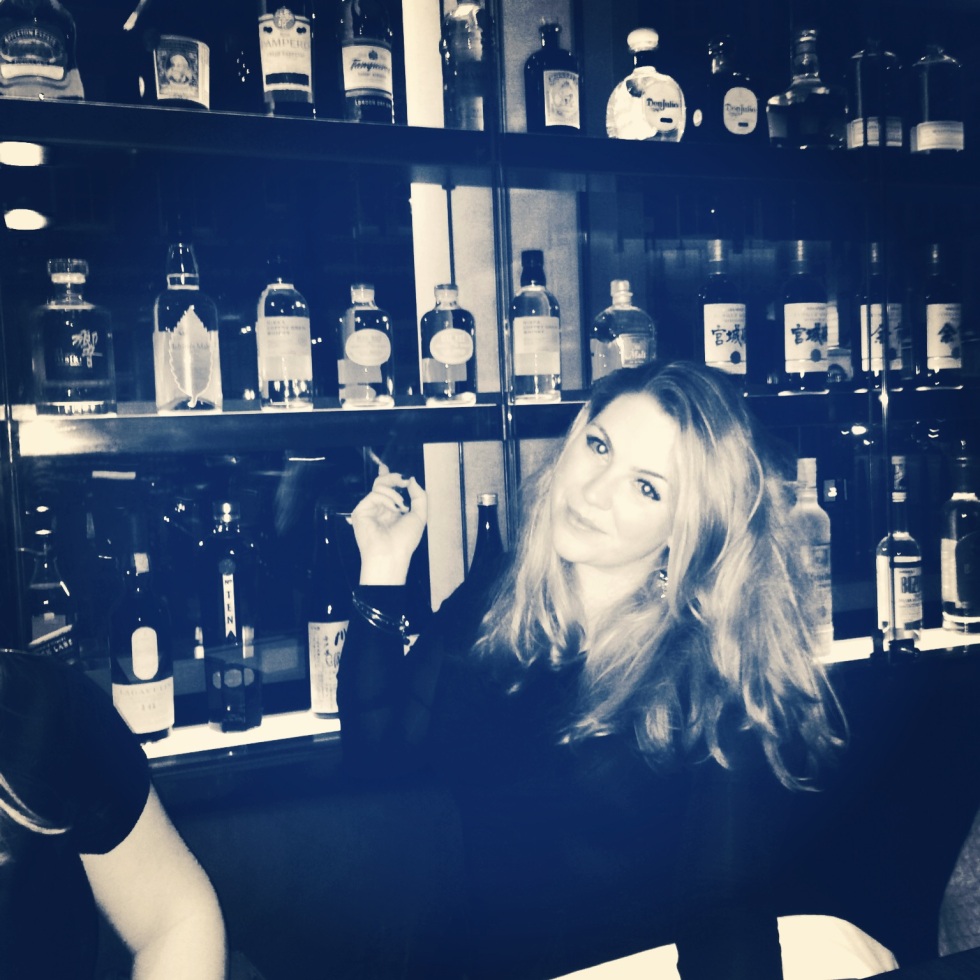 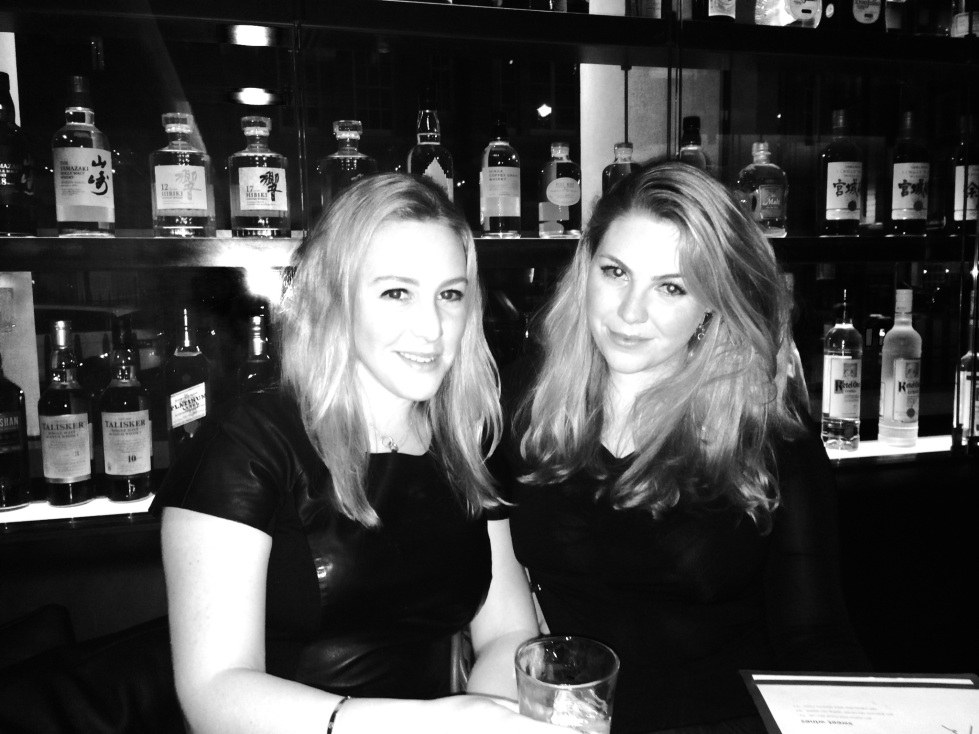 And of course, we thought it was only fair we give the desserts a fair shot as well. First up was the molten chocolate cake that looked vaguely like something out of ghostbusters but tasted infinitely better.

A feather light sponge cake with cherry compote, which was my favourite.

And a crème brûlée that was the one bum note of the meal. 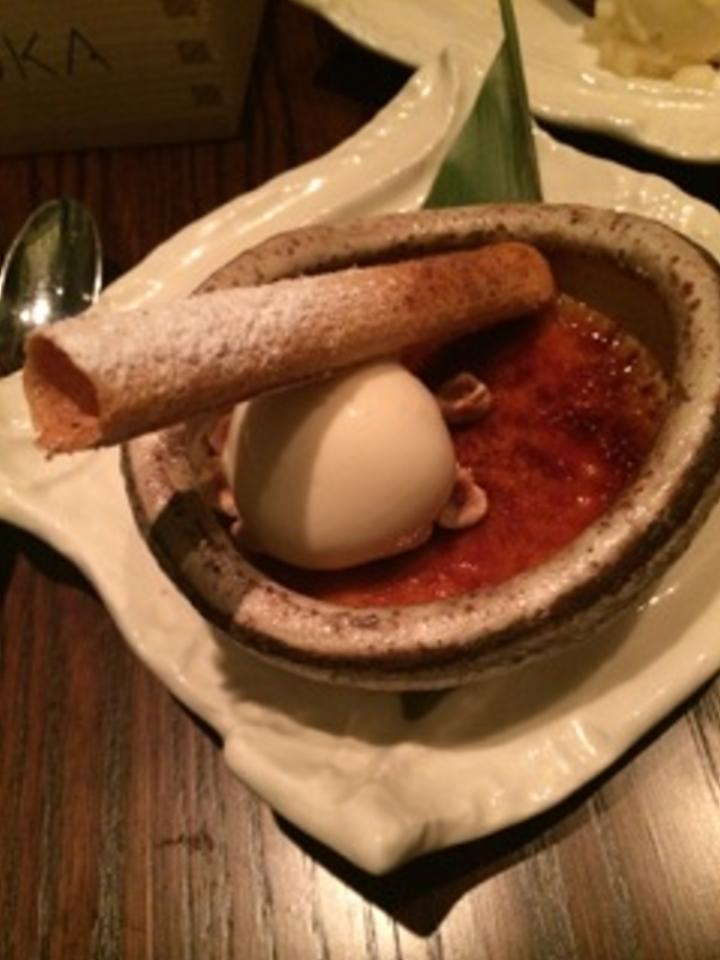 Roka is by no means a cheap dinner but it is some of the best food I’ve had in London in ages. Everything was light and expertly seasoned and if you have a special occasion coming up (or you just fancy a splurge) then get your bums over there pronto, you won’t be sorry.