If you’re living in London you’ve probably heard all about Padella, the hot young thing on the pasta scene. However, you may not have heard of Franzina Trattoria, which, in my opinion, is better. 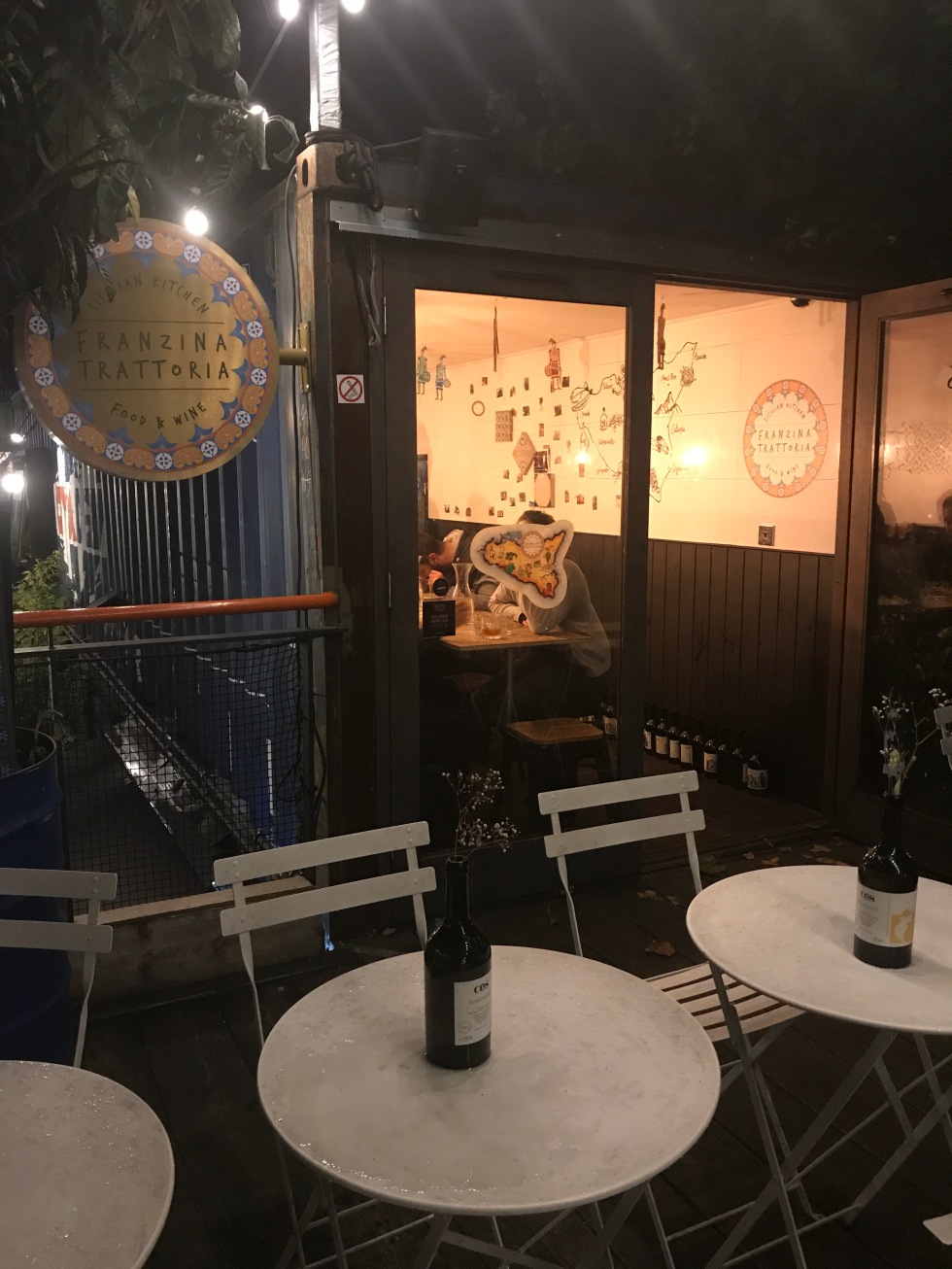 Tucked away inside an old shipping container on the top level of POP Brixton it would be easy to miss, but god, you’d be sorry you did.

The menu comes printed on a wooden board which we were thoroughly charmed by. 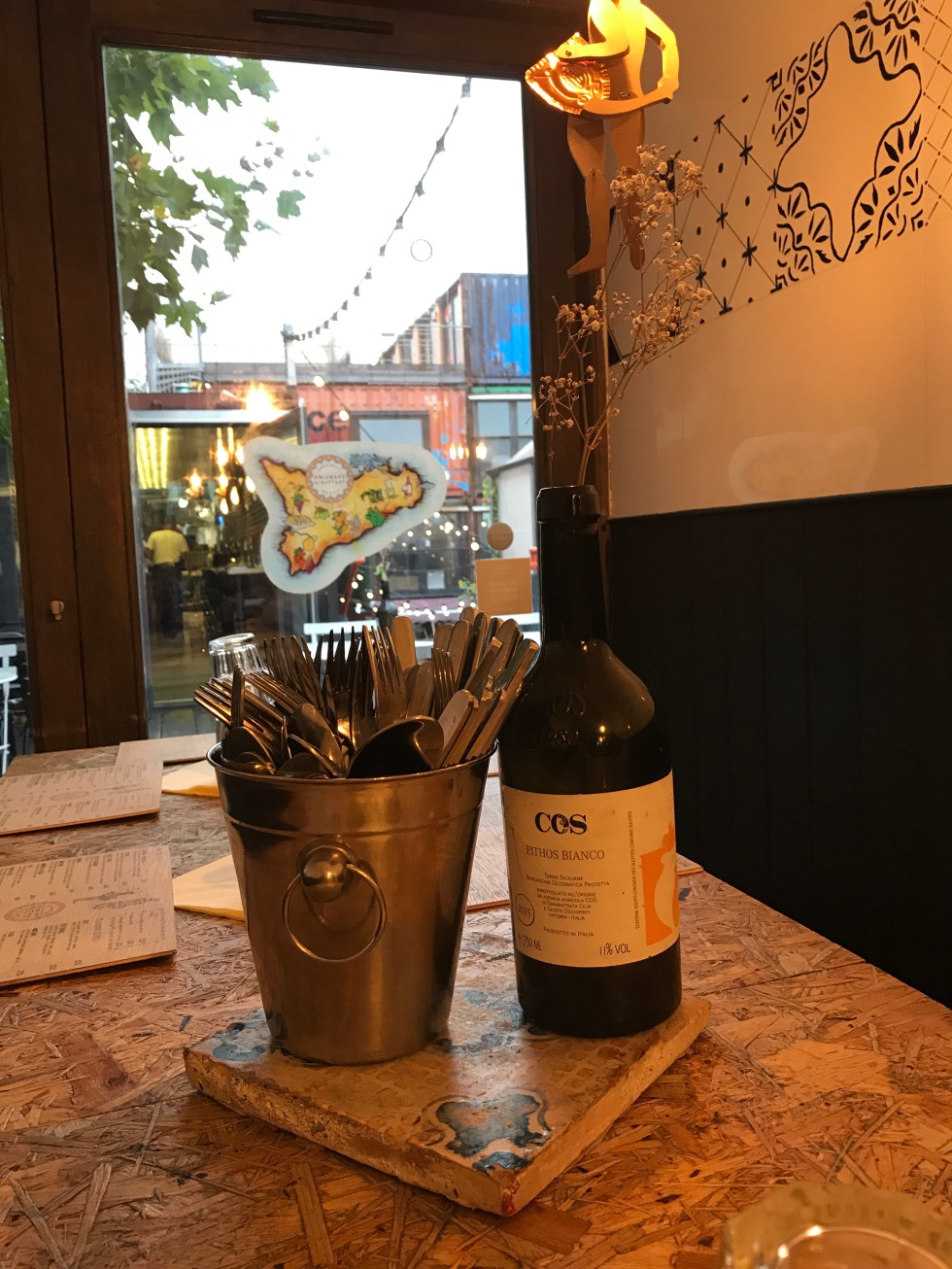 There’s some seriously strong tile game going on here as well. It makes me want to run straight back to Italy and wander the sun dappled streets.

But anyway, down to the real reason you’re here. The food.

Involtino di carne alla Palermitana was the first of our starters to touch down. Perfectly cooked pork loin wrapped around tuma cheese, pinenuts, raisins and breadcrumbs. Served with an Italian sweet and sour sauce called agrodolce it was rich and warming on a rainy evening.

Next up and one of my faves was the arancina. Delicate risotto rice wrapped around a melting middle of beef ragu and all fried until golden and crisp. 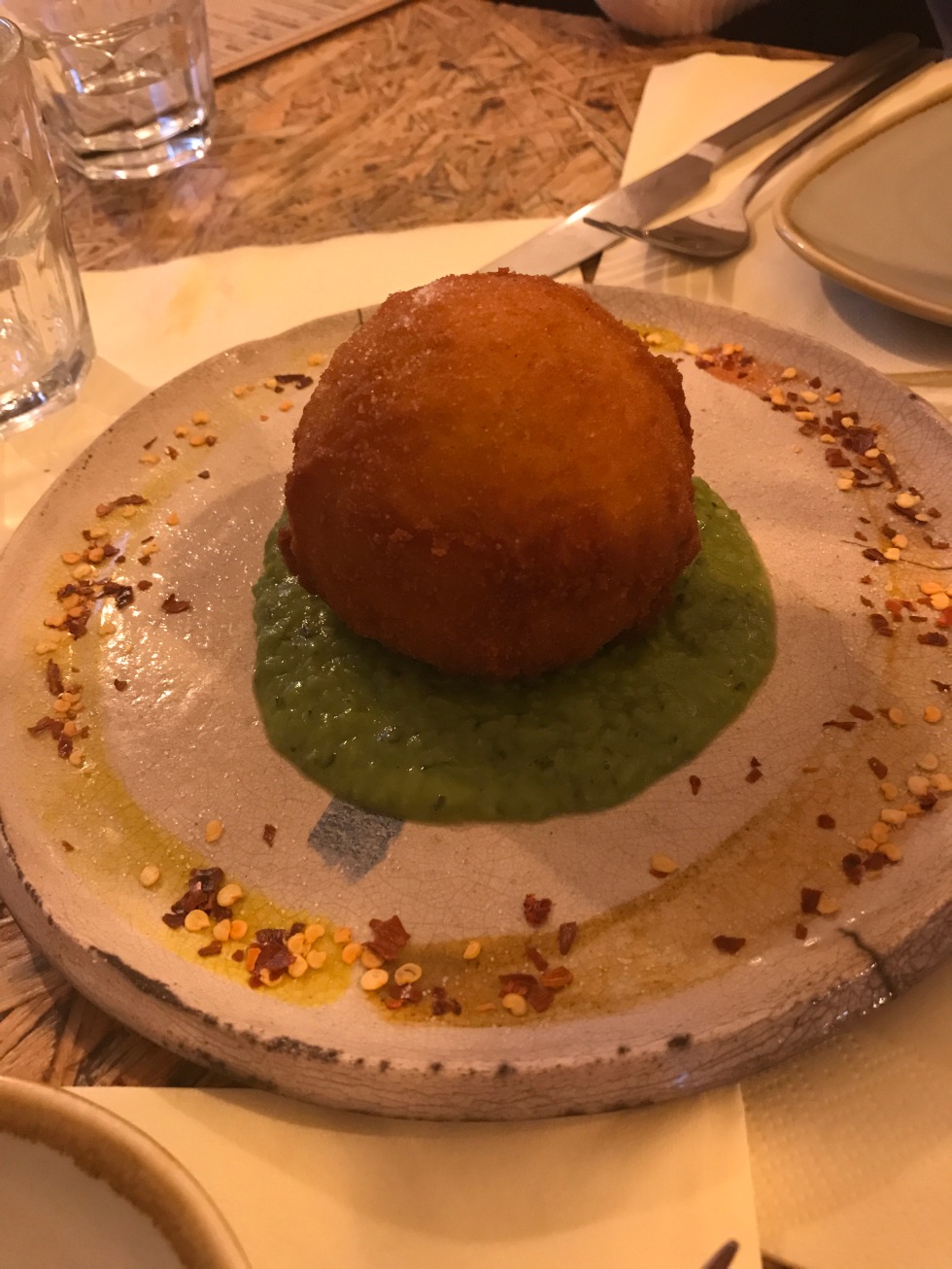 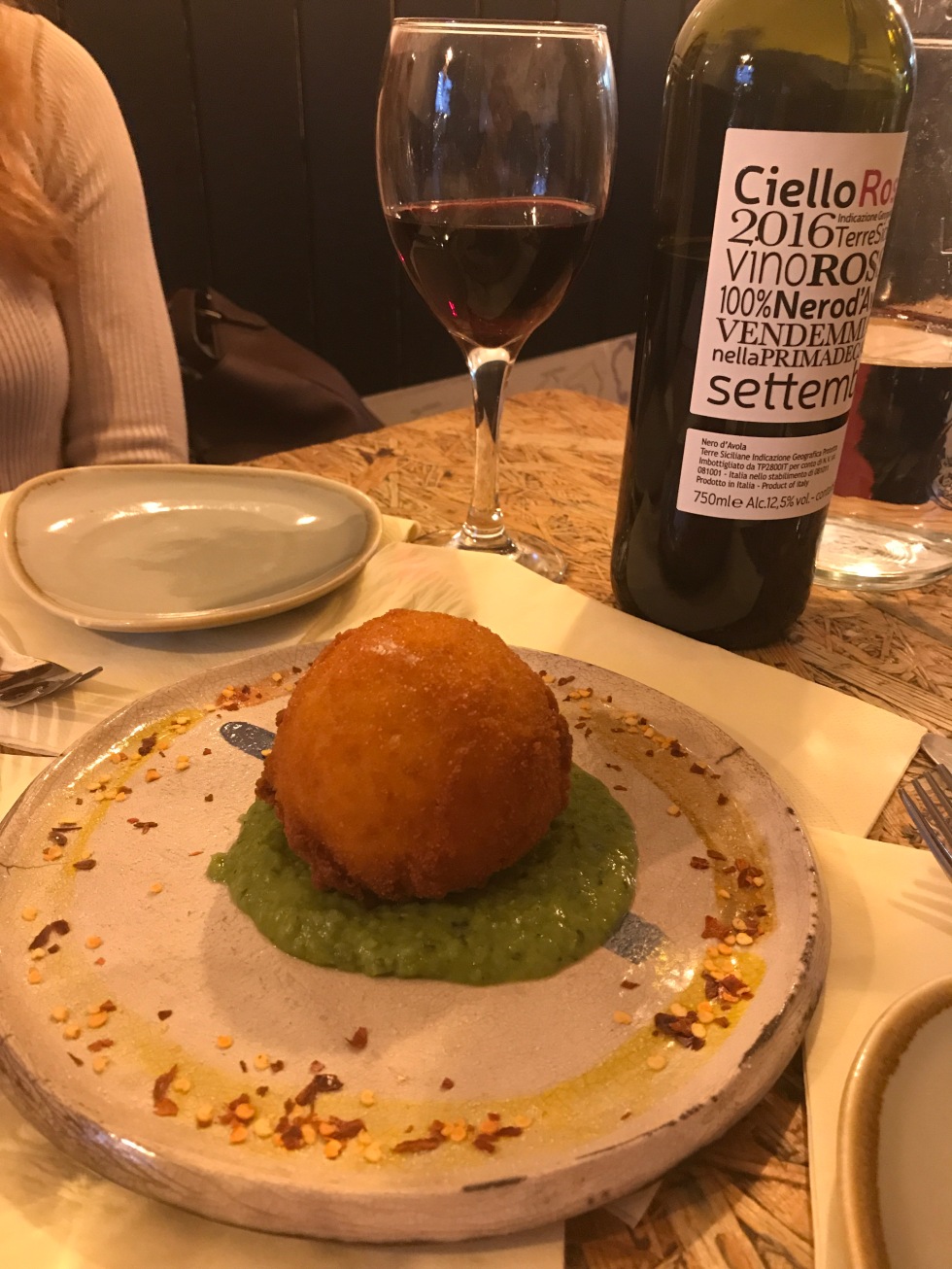 I think it’s safe to say that Sarah is addicted to aubergine. It all started with a melanzane parmigiana when we were little and she’s never looked back. As a result, everywhere we go, if there’s aubergine on the menu, we’ll be ordering it. This one’s incarnation was in a minty tomatoey sauce and was pretty good, a touch of red wine vinegar and a lick of salt could have made it great but it just wasn’t quite there.

She was still pretty happy though. 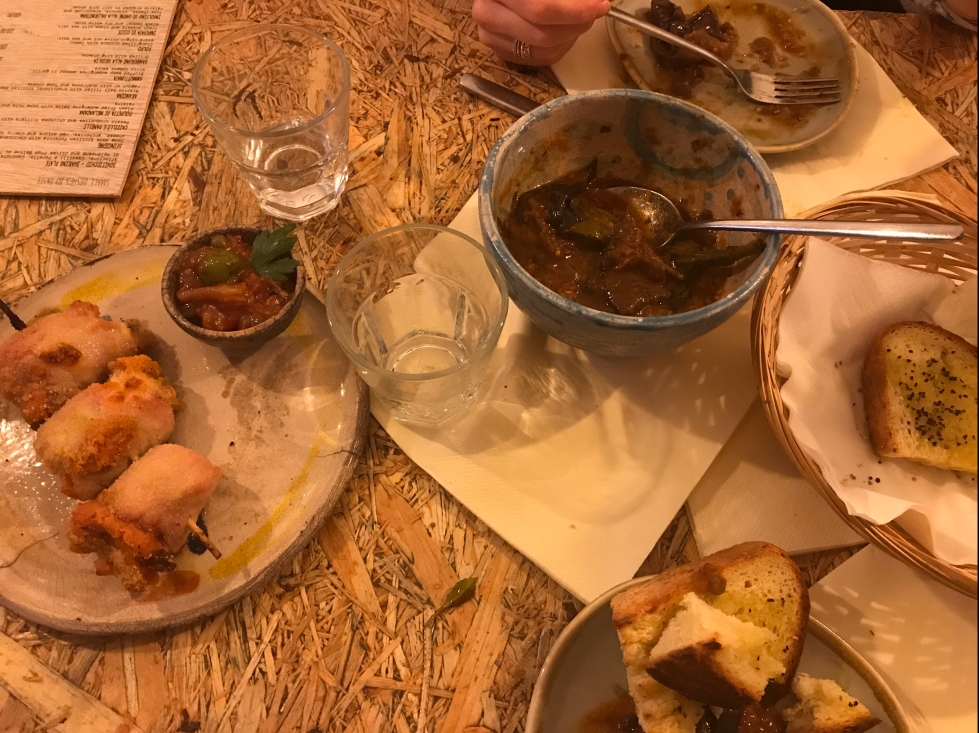 Next up it was the turn of the pastas. 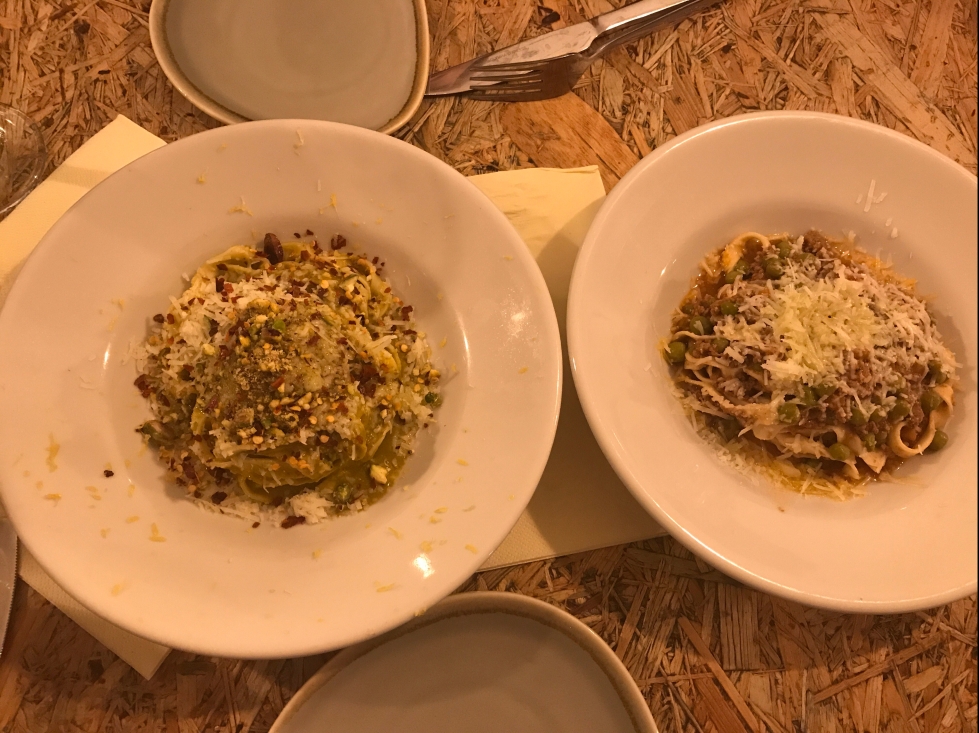 Pesto trapanese is a pesto from Trapani in Sicily, much fresher than it’s genovese cousin it has pistachios (which Sicily is so famous for) along with chilli, basil, mint and lemon. Such a winner.

The ragu was pretty hard to fault as well. Deep, rich flavour whilst not feeling heavy, the peas adding little pops of freshness as you go.

They’ll ask you when you order if you’d like cheese on your pastas. I hope it goes without saying that the answer to this question is always yes. 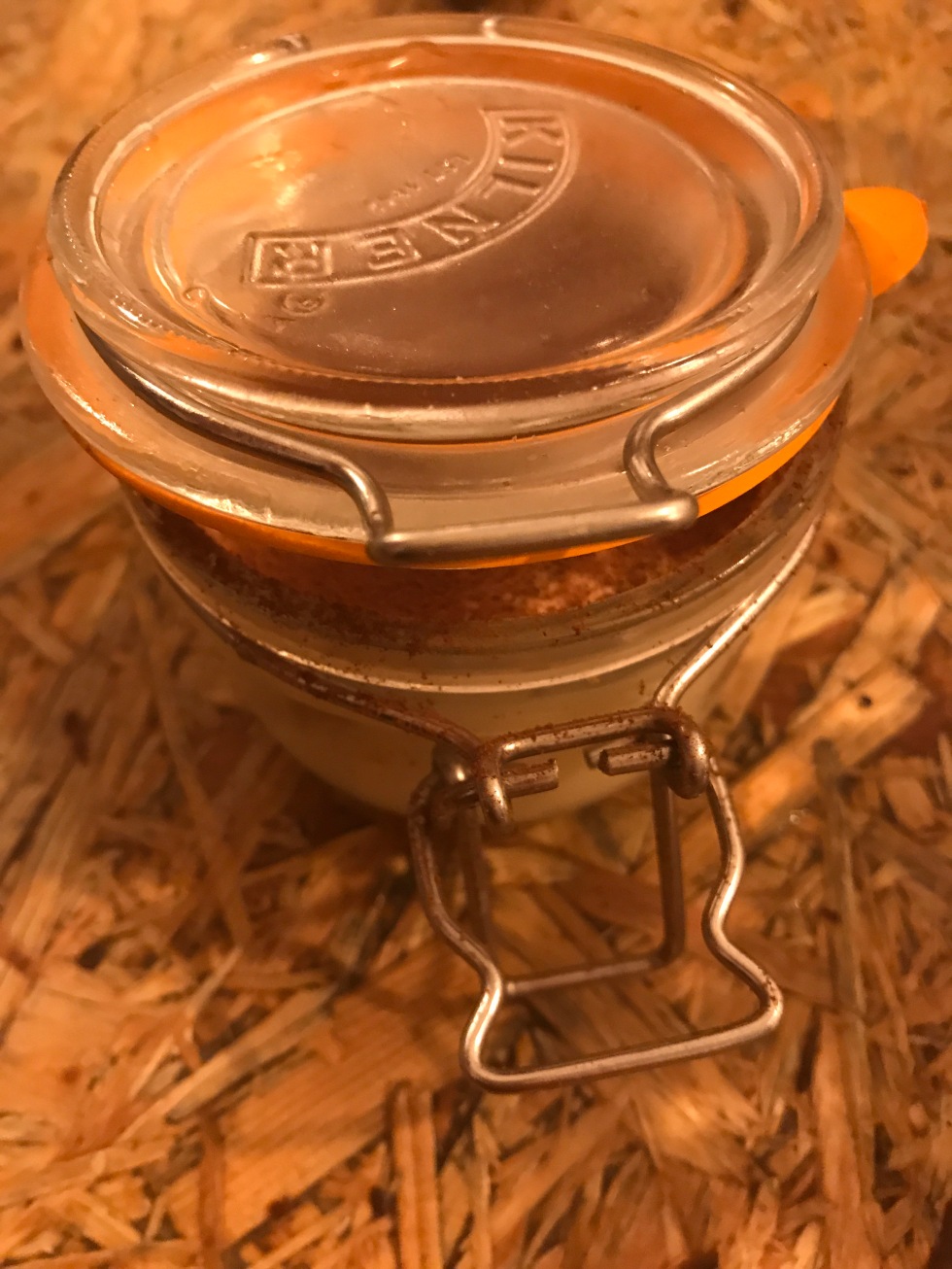 It’s also the correct answer when someone asks if you’d like tiramisu.

This one was light and fluffy, not quite as good as my friend Andrea’s mother but not too far off. 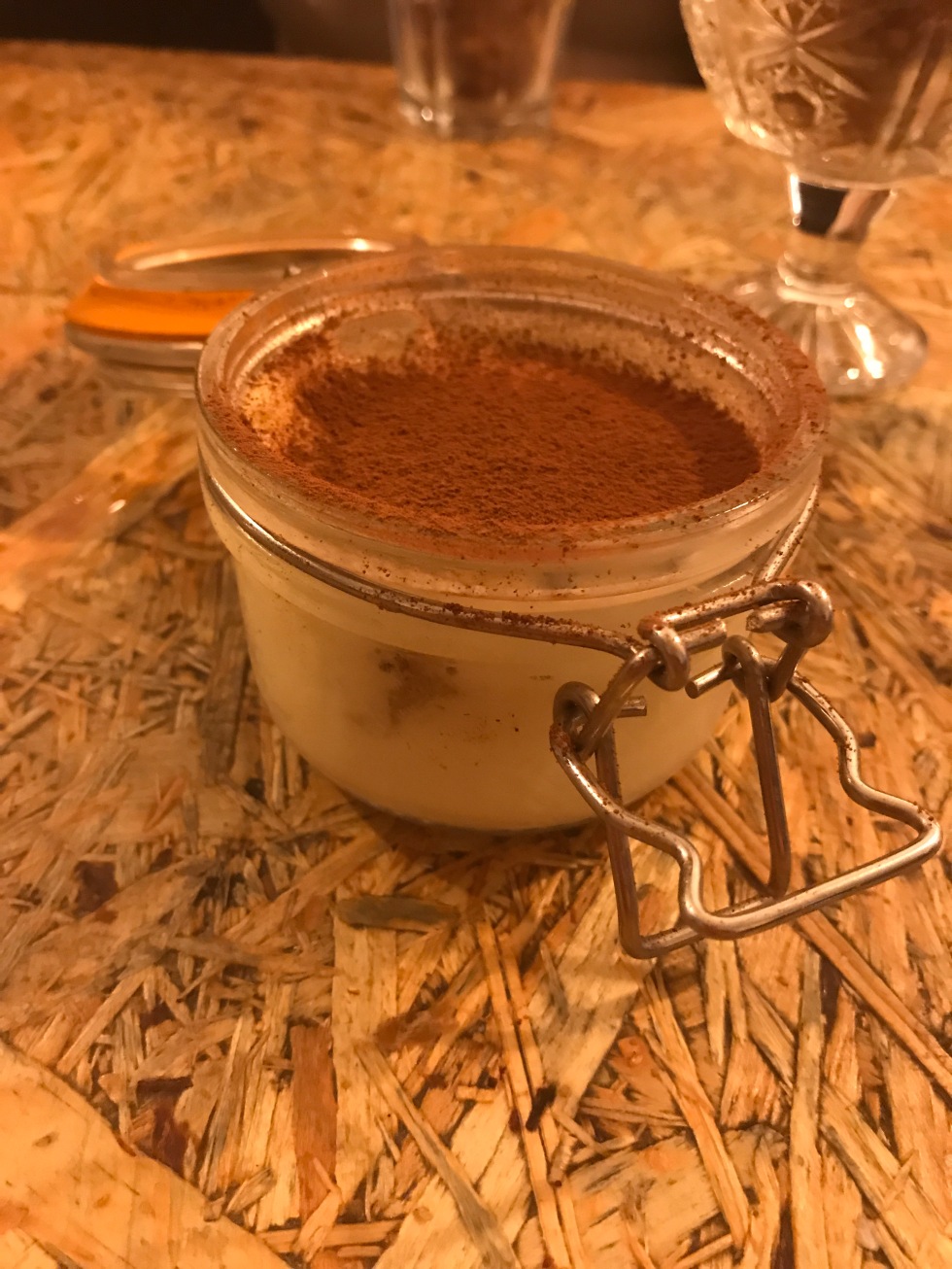 Not wanting them to feel left out, we also went for a portion of the Sfingette, little Sicilian doughnuts rolled in cinnamon and sugar with ricotta and chocolate.

These were pretty scrumptious too but I would say I think someone was a little heavy handed with the salt. A little bit of salt in dessert is great, lifting the flavour but these were a touch on the salty side. 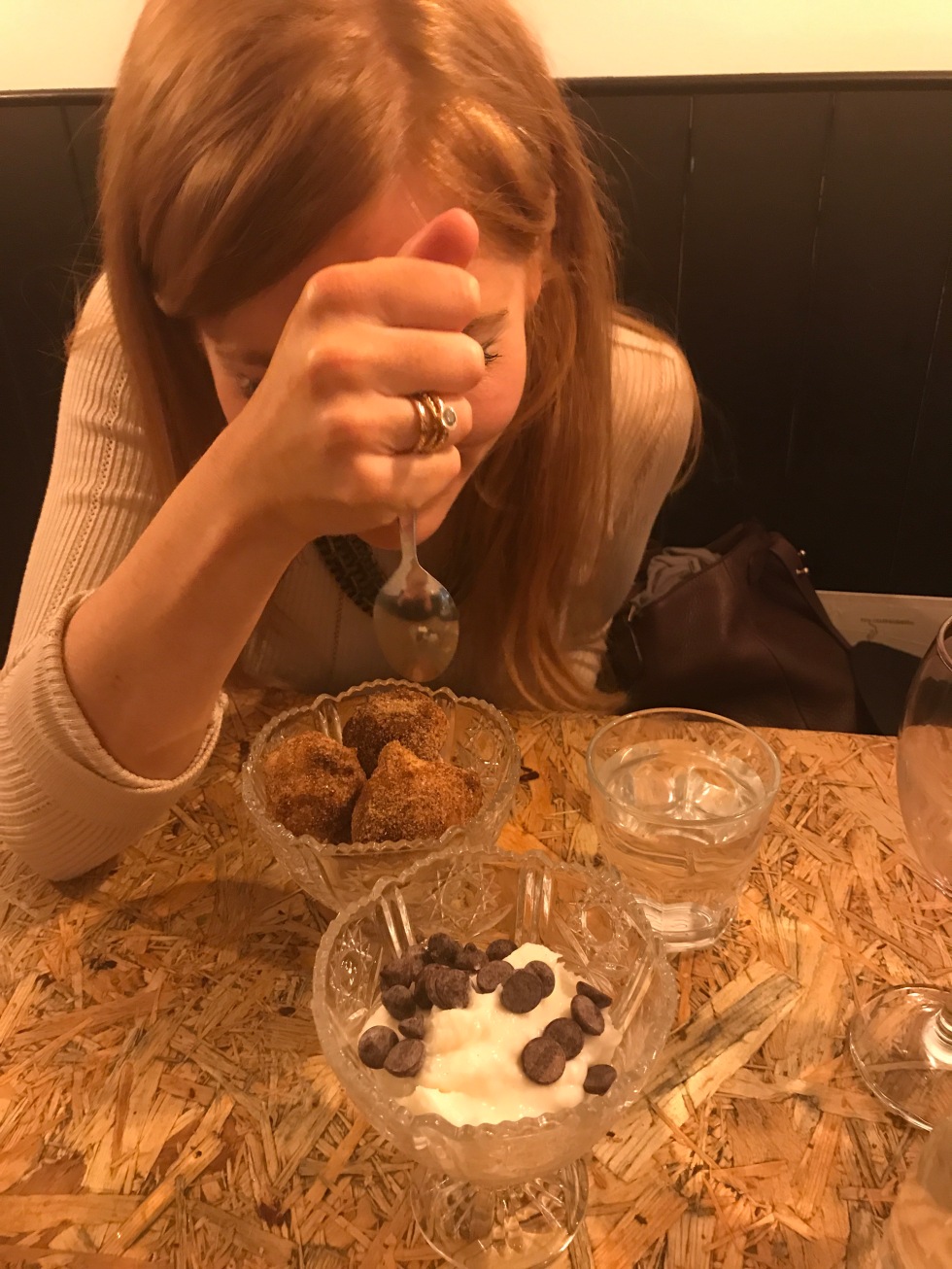 If you’re planning a trip to Sicily (as Sarah is) then the lovely owner will give you wonderful recommendations. If not, you probably will be after coming here for dinner.