One of the reasons we were drawn to Turkey was it’s history. Both self confessed classics geeks, we love a good ruin and handily, this region has one of the best. Just over an hour’s drive from Alaçati lie the ruins of Ephesus so after fuelling up with our usual breakfast feast we headed off. 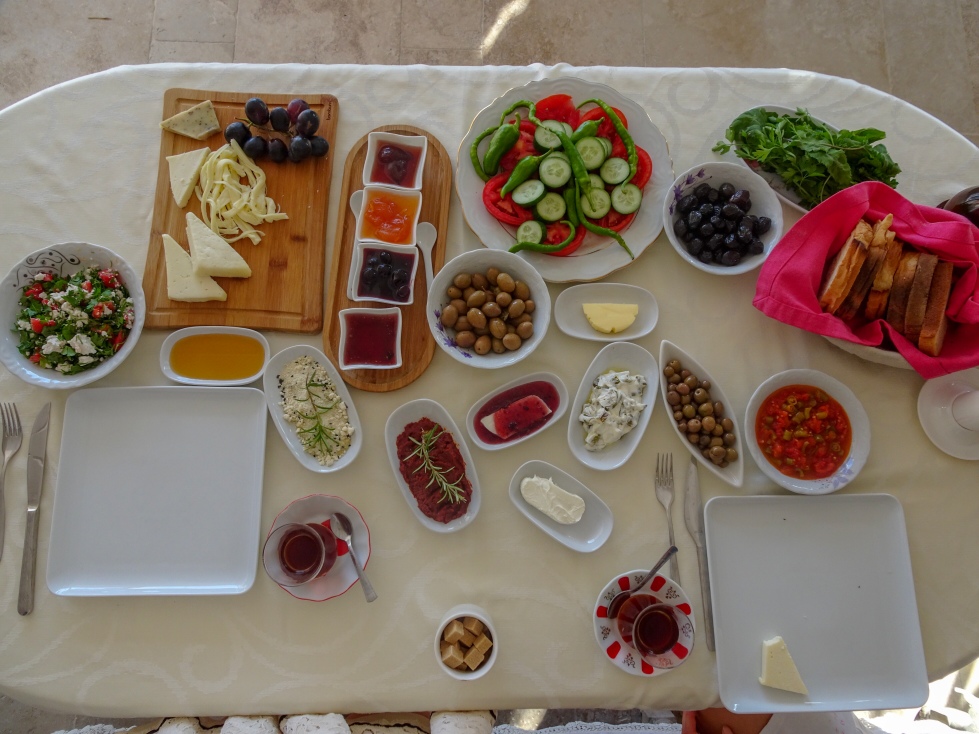 Having naively thought it was just one ruin, we arrived to be told that it was actually a sprawling site covering several miles and the best thing to do was hop in a horse and cart to the top and then work our way back down. 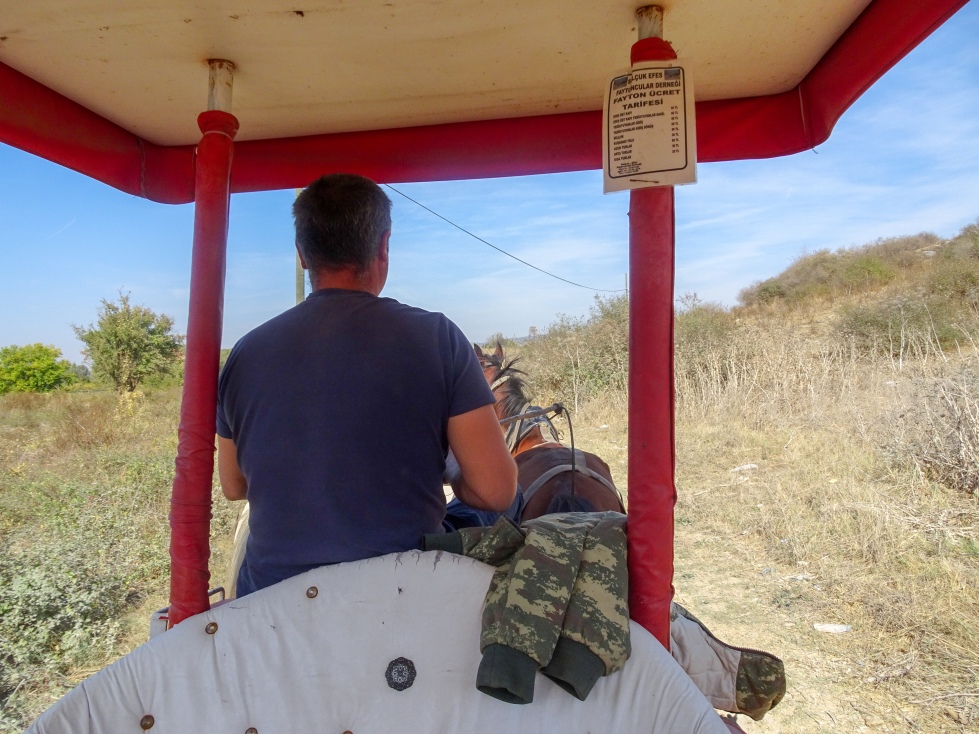 Our first stop was the Cave of the Seven Sleepers.

Legend has it that the Seven Sleepers were young men who were religiously persecuted and walled up in a cave. They fell asleep and miraculously woke up almost 200 years later, walking into Ephesus to delightedly find that they were free to worship. As a result, the caves have been a site of pilgrimage for hundreds of years. 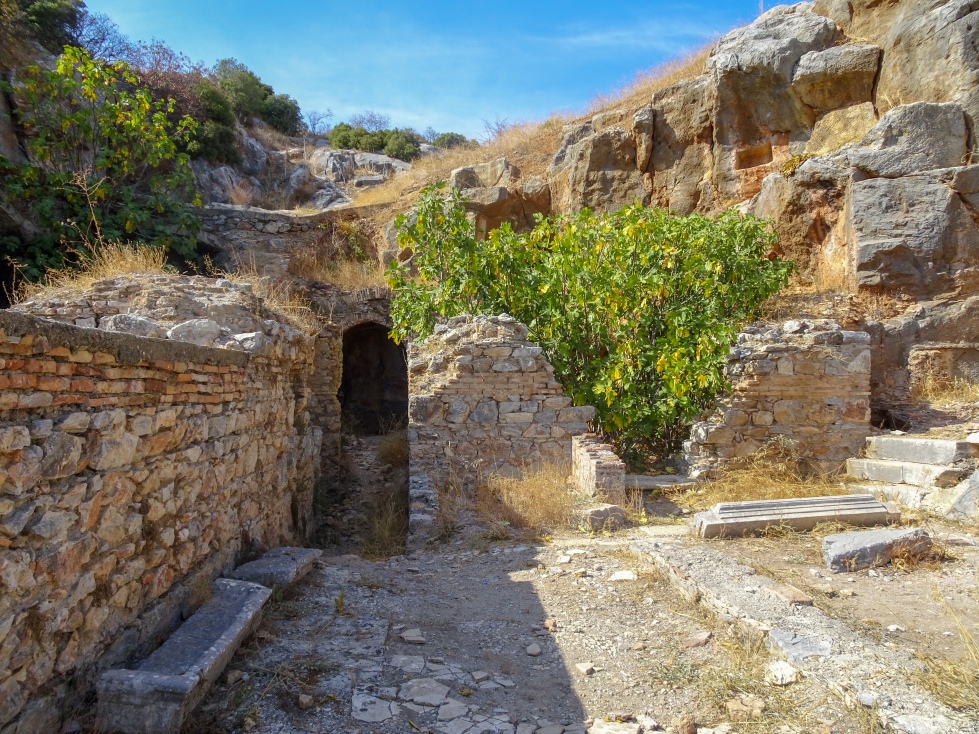 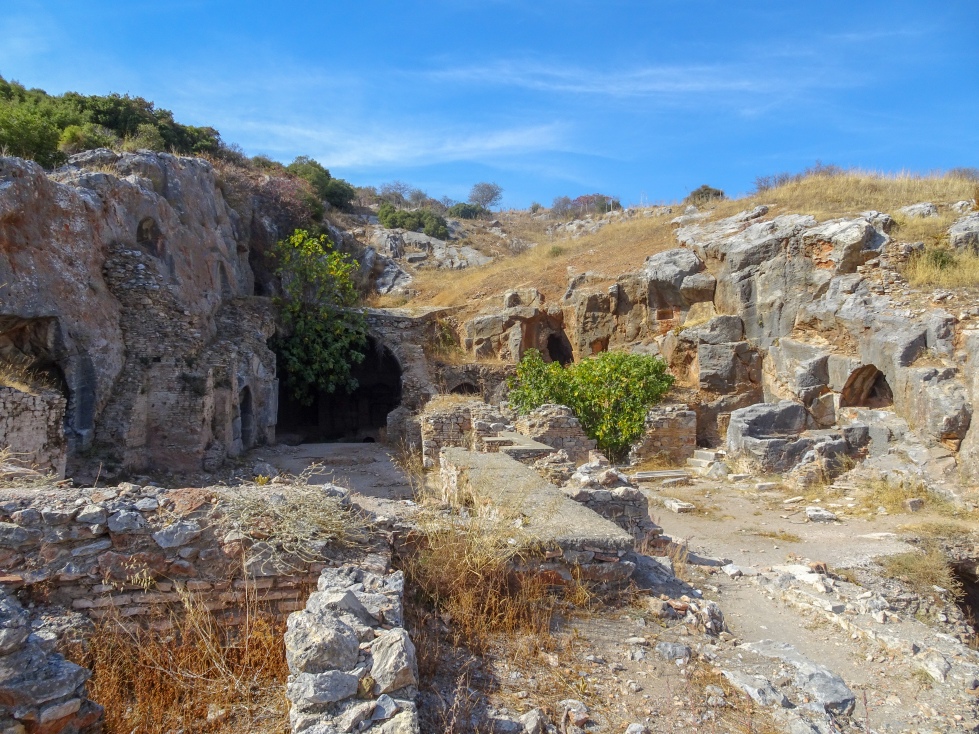 The views are pretty spectacular too 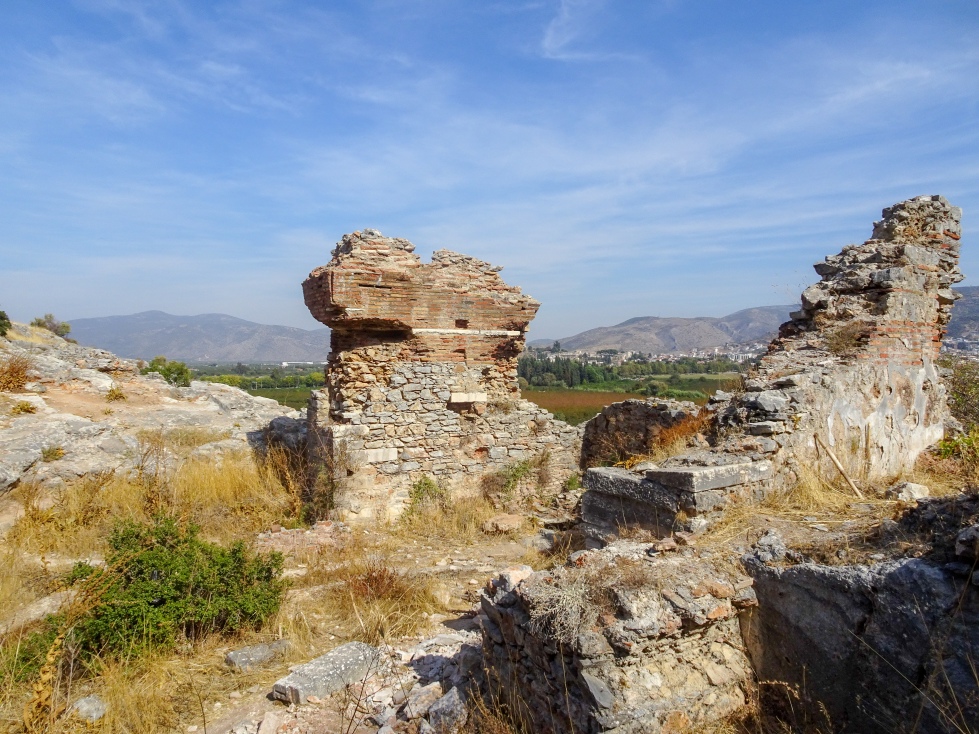 One thing I would say if you visit (which you definitely should) is to make sure you go up the proper path. We managed to miss that and instead ended up going up a rather steep little track, not ideal in espadrilles.

After a lot of laughter and trying very hard not to fall flat on our faces we made it back down to our trusty steed and continued on to the main event.

Its crumbling beauty taking our breath away. 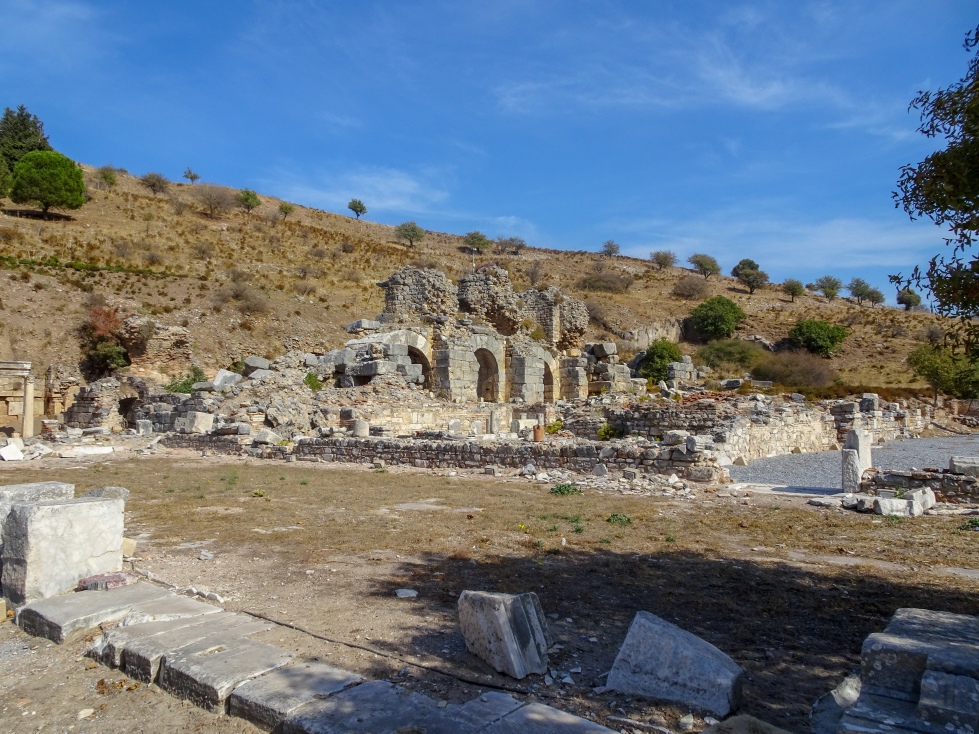 Dating back to the 10th century BC, it’s incredible how much of it remains intact. Although some dedicated chaps are giving it a bit of a helping hand. 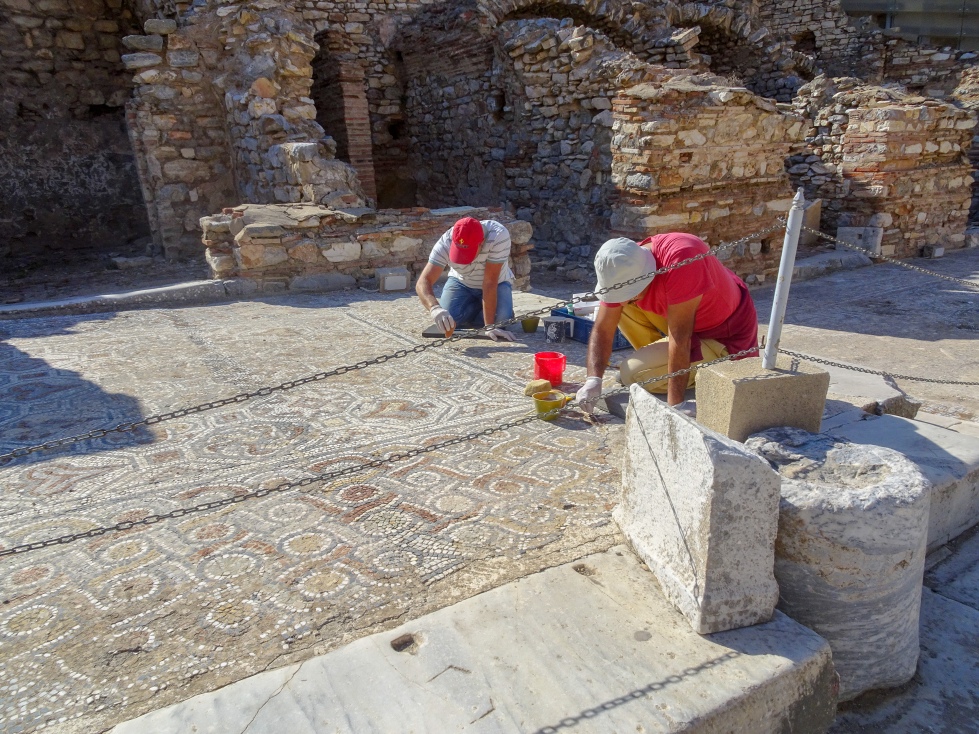 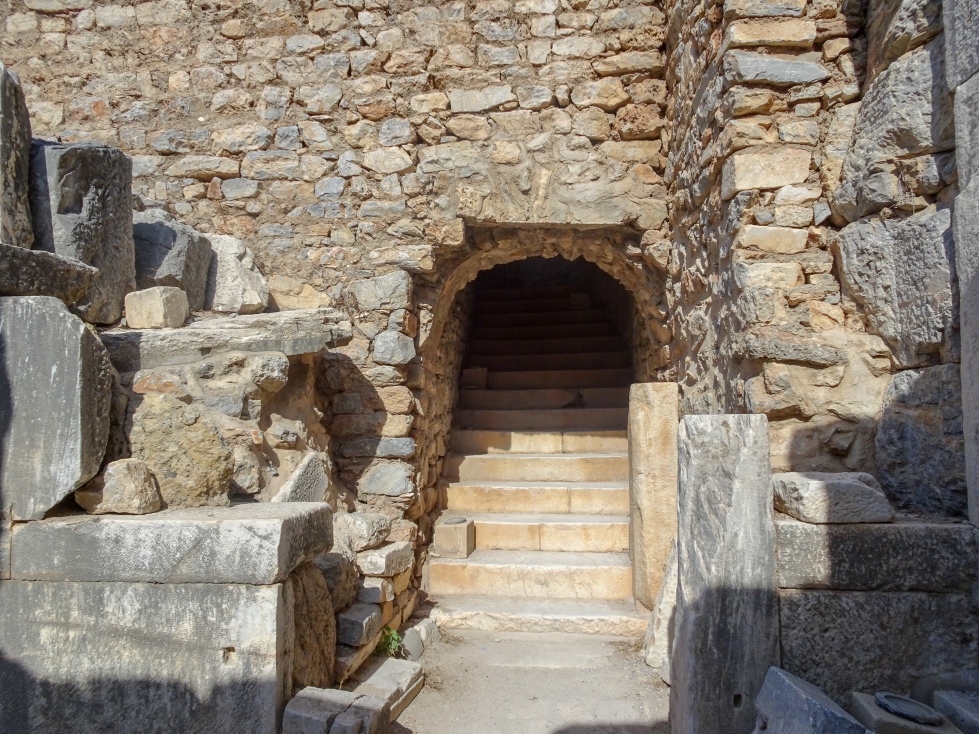 Walking up through secret little passageways and emerging out into the middle of the amphitheatre was pretty special (until a South Korean tour group arrived and the peace was somewhat shattered). 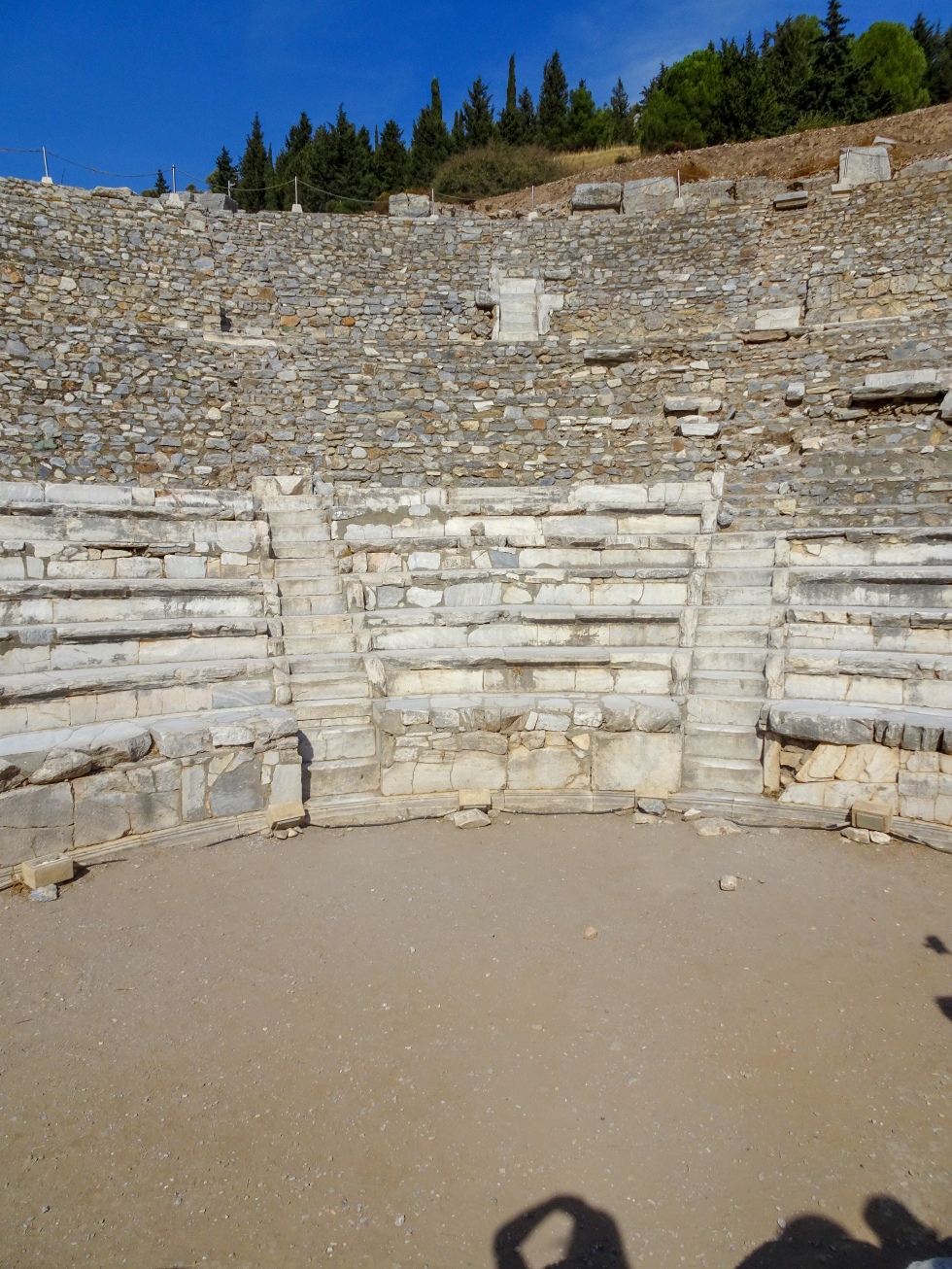 Being thoroughly mature and sensible as always.

There is however, one major reason that people come to Ephesus. The Celsus Library.

Built in 117 AD as a tribute to Gaius Julius Celsus Polemaeanus, the Roman governor of Asia, it once house over 12,000 scrolls. Whilst those scrolls may be long gone, many of the beautiful statues and frescoes remain. 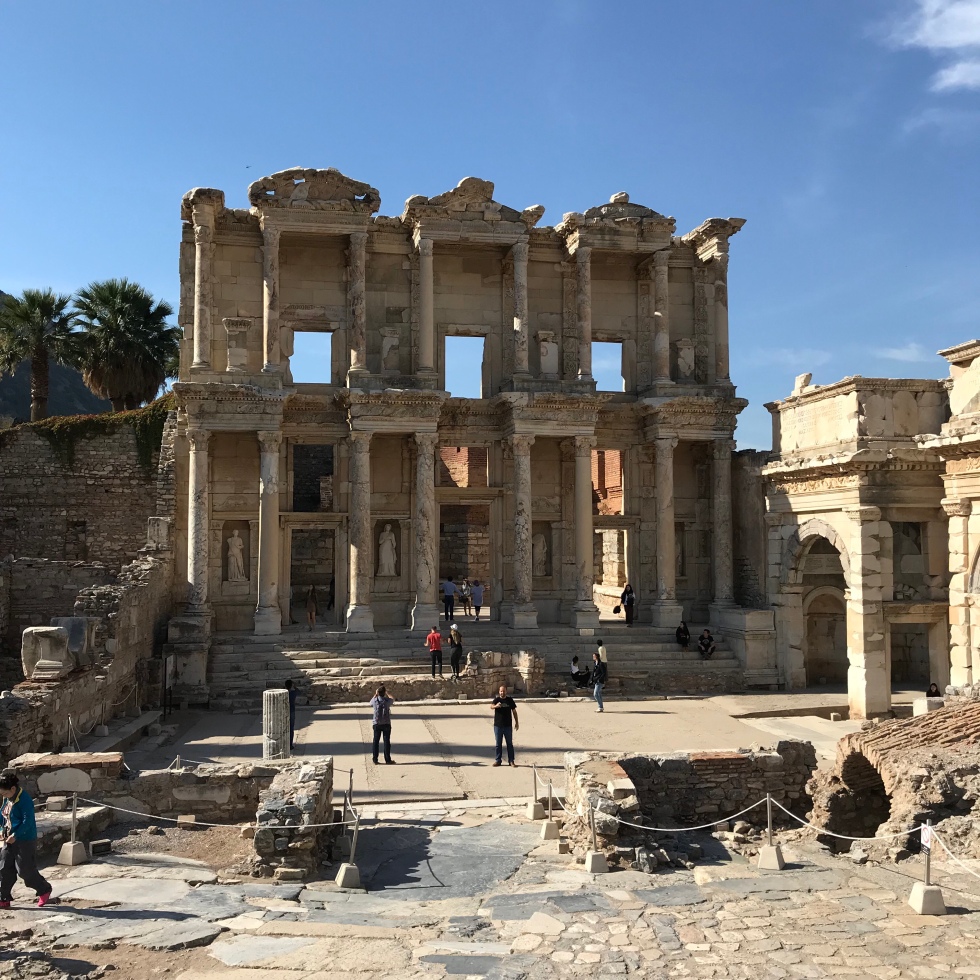 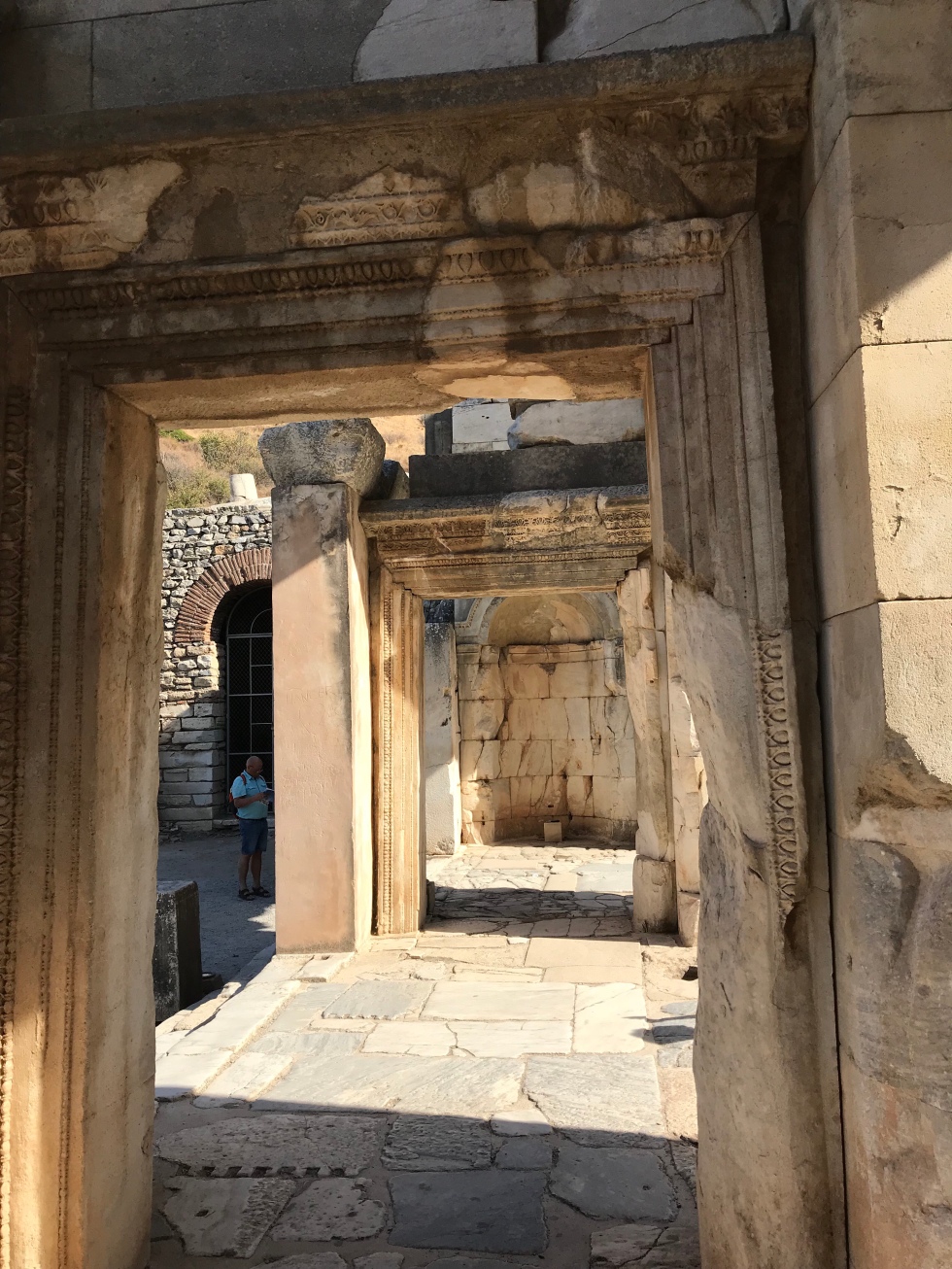 After a few hours in the sun we decided it was time for a little water (and ice cream) break before heading on to our final stop of the day.

The Basilica of St John. 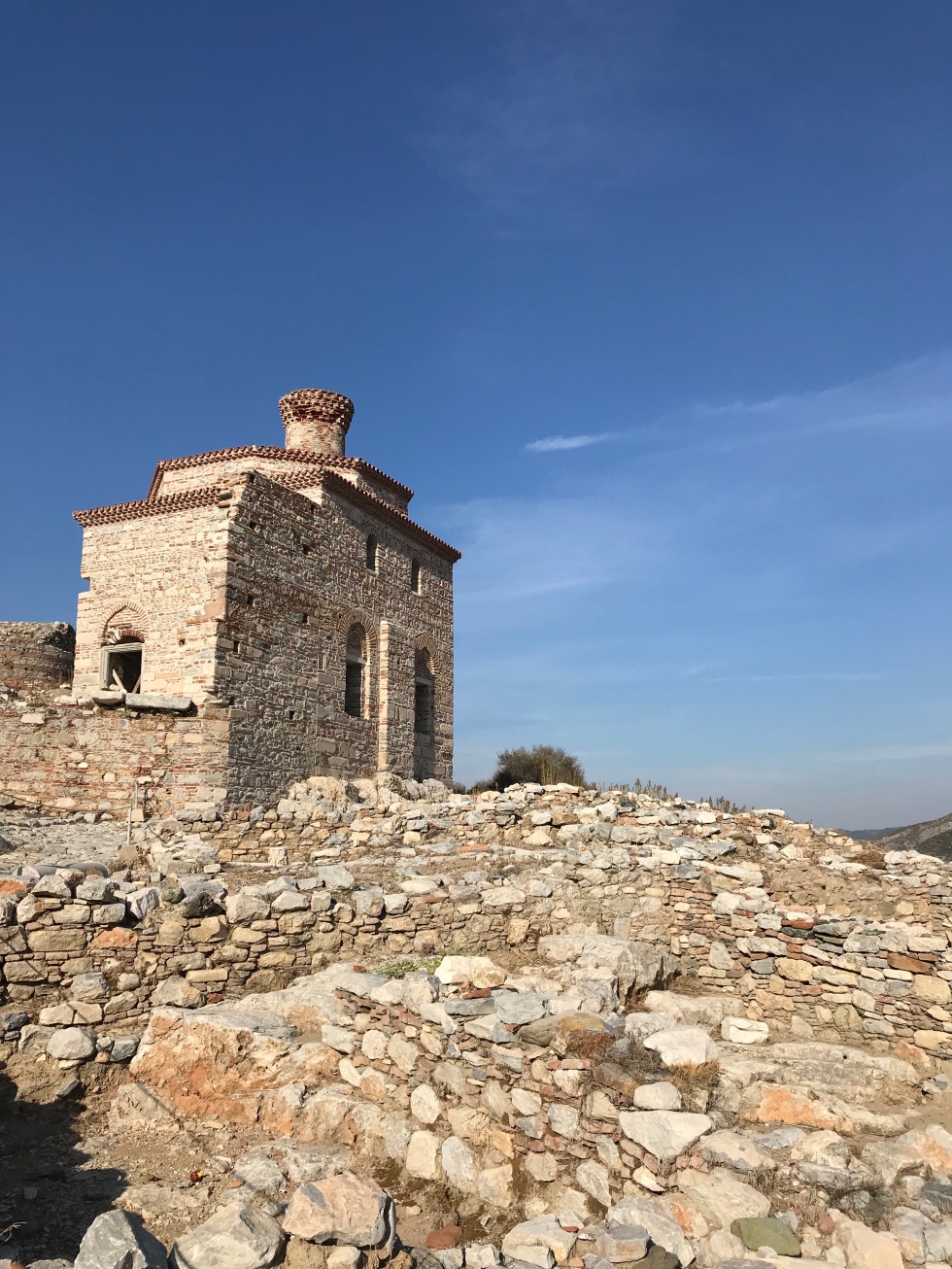 Built a little later, in the 6th century, it once would have looked like this

But I think its current state is pretty spectacular 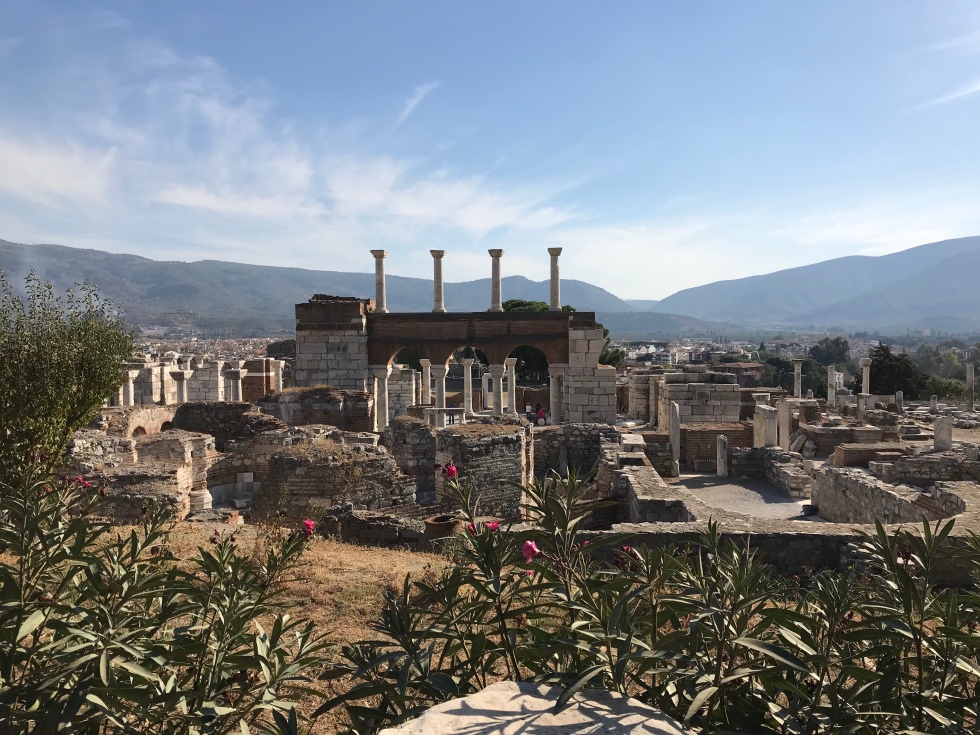 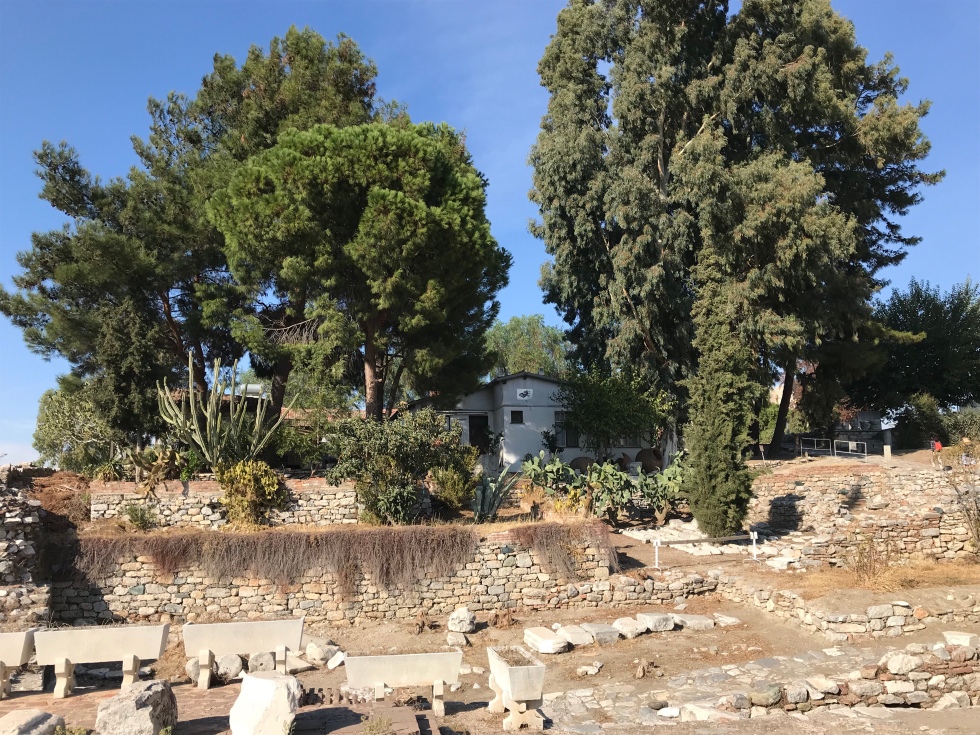 Mainly because this is the view you’d wake up to every morning, and what could be better than that?