Was it just my school that made us watch those bizarre ‘Hallo Aus Berlin’ videos? They’re all I can really remember from my forays into the German language and I can’t say it’s helped me very much I’m afraid. My mum and I flew out to Berlin last Wednesday and I was misunderstood from the moment I arrived until the moment I left. Thankfully most people were lovely and spoke very good  English!

Our trip started rather bleary-eyed with a 7am flight from Heathrow so we decided to take our first day really easy, a little amble around, some lunch and general chilling. After dropping off our bags and a having a quick shower and change, we were off and ready to go. We were staying in the beautiful historic Mitte area of Berlin and so decided to stay in that area for the day. As we headed towards our chosen restaurant, Sagrantino we stumbled upon the stunning Gendarmenmarkt 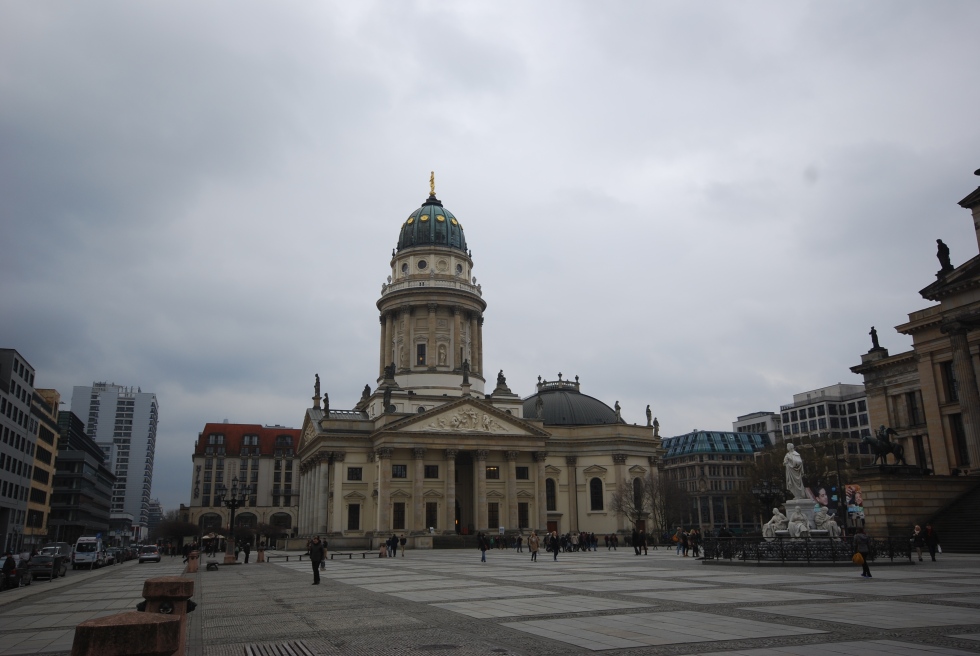 It was pretty chilly and rain was looming so we decided the only sensible thing to do was head quickly to the warmth of the restaurant. We were greeted by a lovely, smiley waitress and shown to our table, where we promptly decided to cheers our being on holiday with a glass of bubbles. 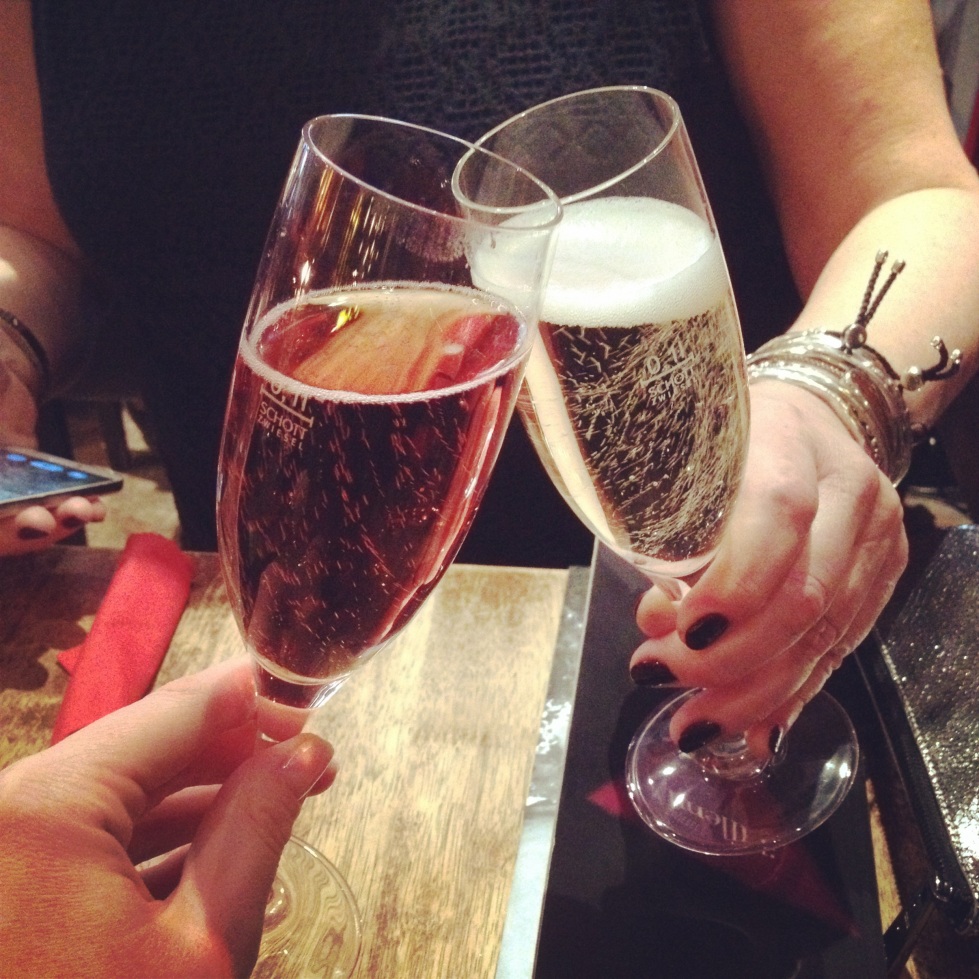 Followed by gnocchi with ragu, the perfect food for a cold winters day

I was sorely tempted by some tiramisu but (probably luckily) they had run out. It had started to rain by now and it was thinking about getting dark so we decided it made sense to curl up and have another glass or two of bubbles before retiring early to the hotel.

The next day poor mum wasn’t well so we had a quiet day in the hotel before venturing out in the evening to Markthalle Neun for dinner. It’s essentially Berlin’s answer to Borough market in London but I think I actually prefer it, it doesn’t seem as hectic somehow, despite being just as busy. The food on offer is to die for, stall upon stall of fantastic sights and smells which made it very difficult to decide what to get. The only option? Well, to get lots of course.

Our first port of call was one of my favourite things and something I struggle to resist; arancini. In this case, parmesan risotto around ragu and mozzarella, totally dreamy.

After this we had to try something a little more traditional, Spatzle. A traditional boiled dough, similar to pasta which here was tossed with cheese, black pepper and chives and topped with crispy fried onion. I would fly back to Berlin just for this, it was that good. I won’t lie, I had a moment of regret that we’d shared it, although if we hadn’t I definitely wouldn’t have had room for anything else.

Like the knodel for me and the fish soup for mum 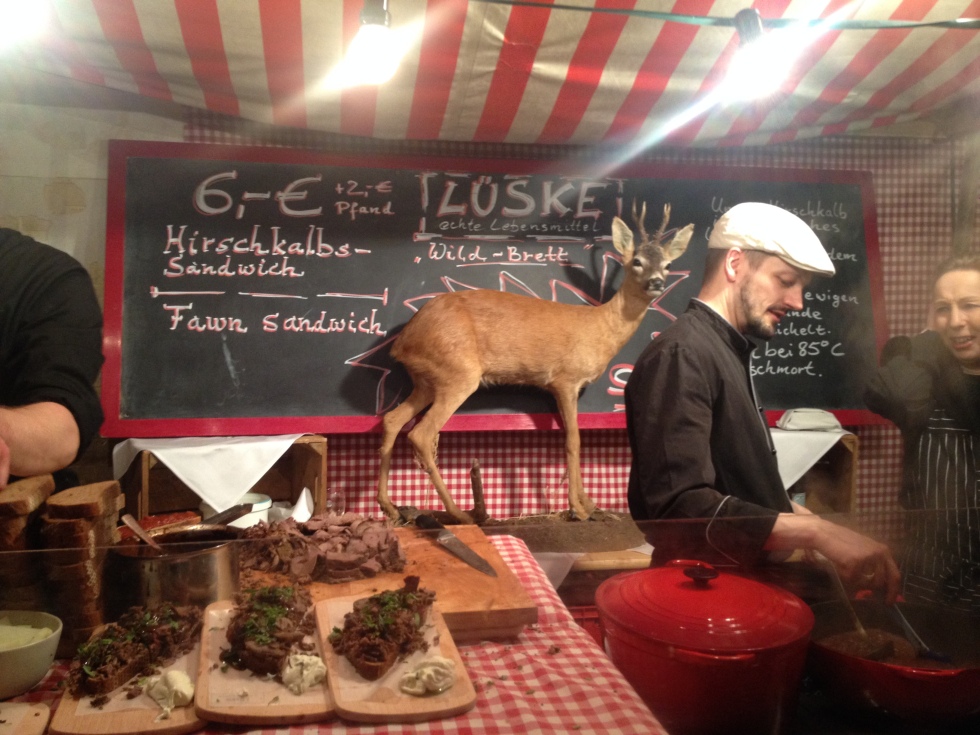 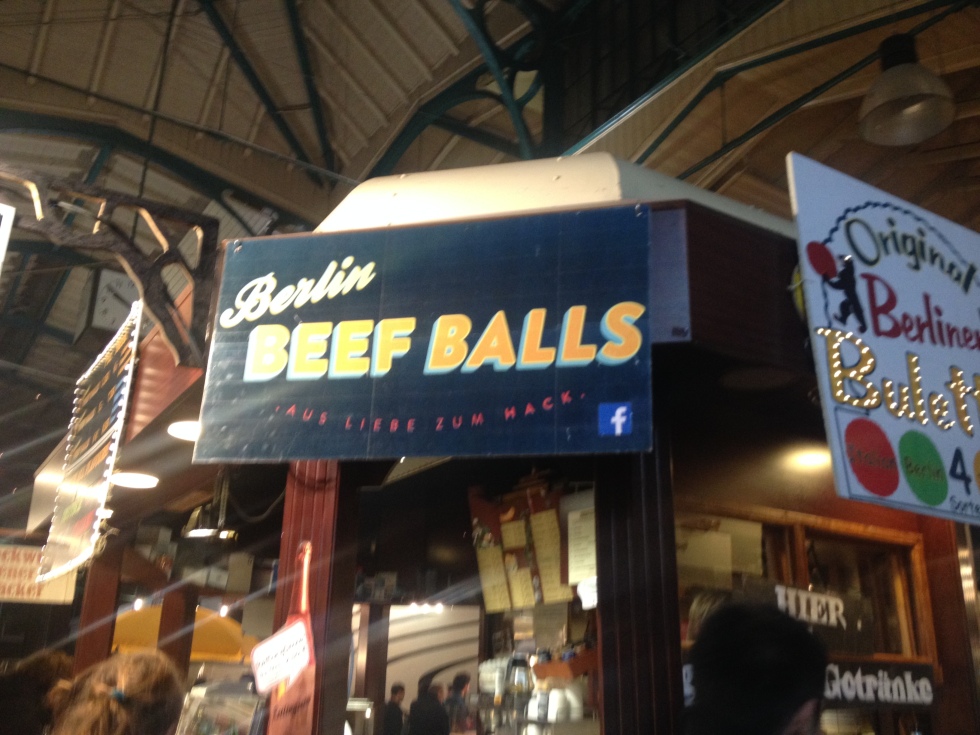 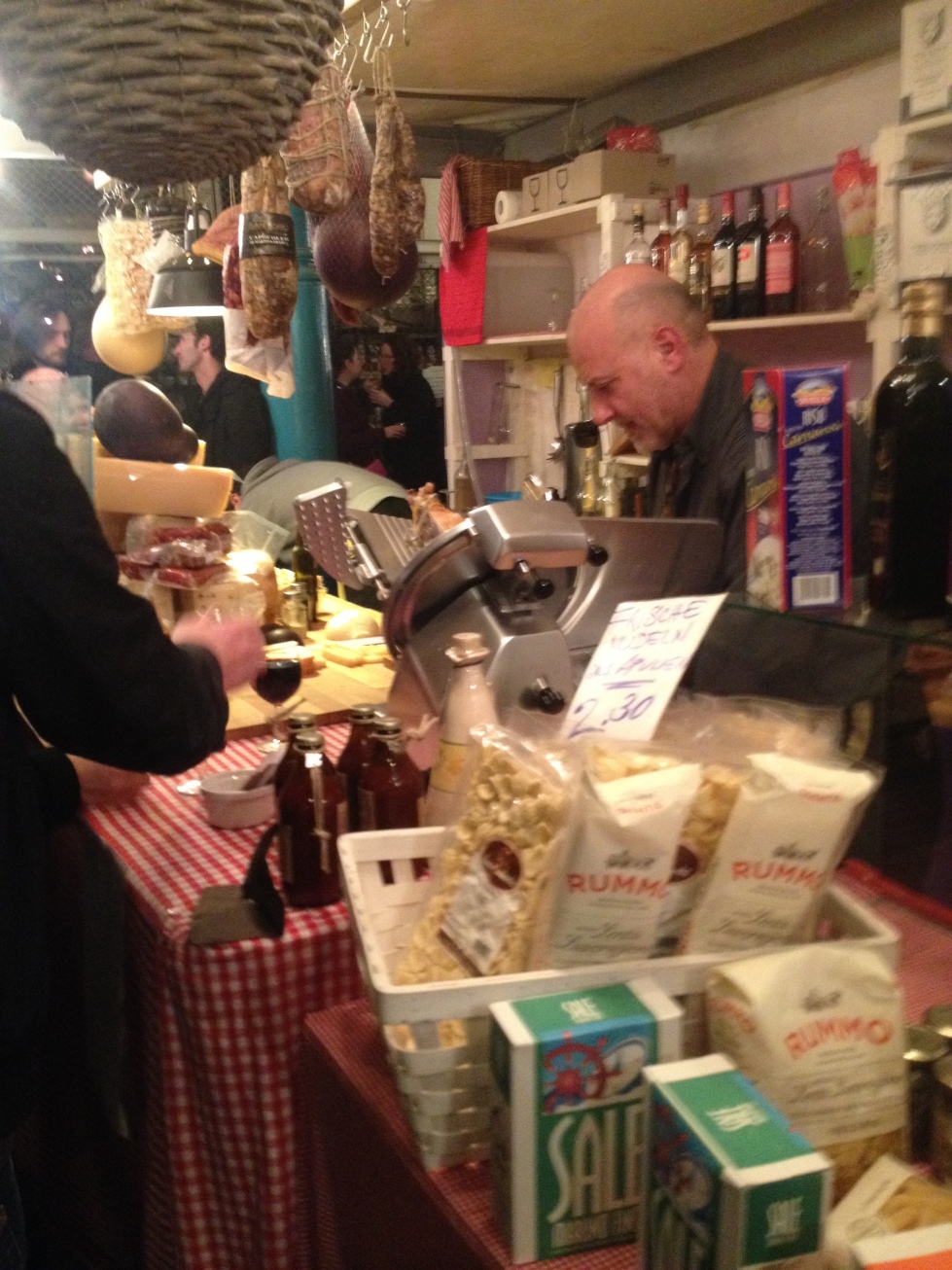 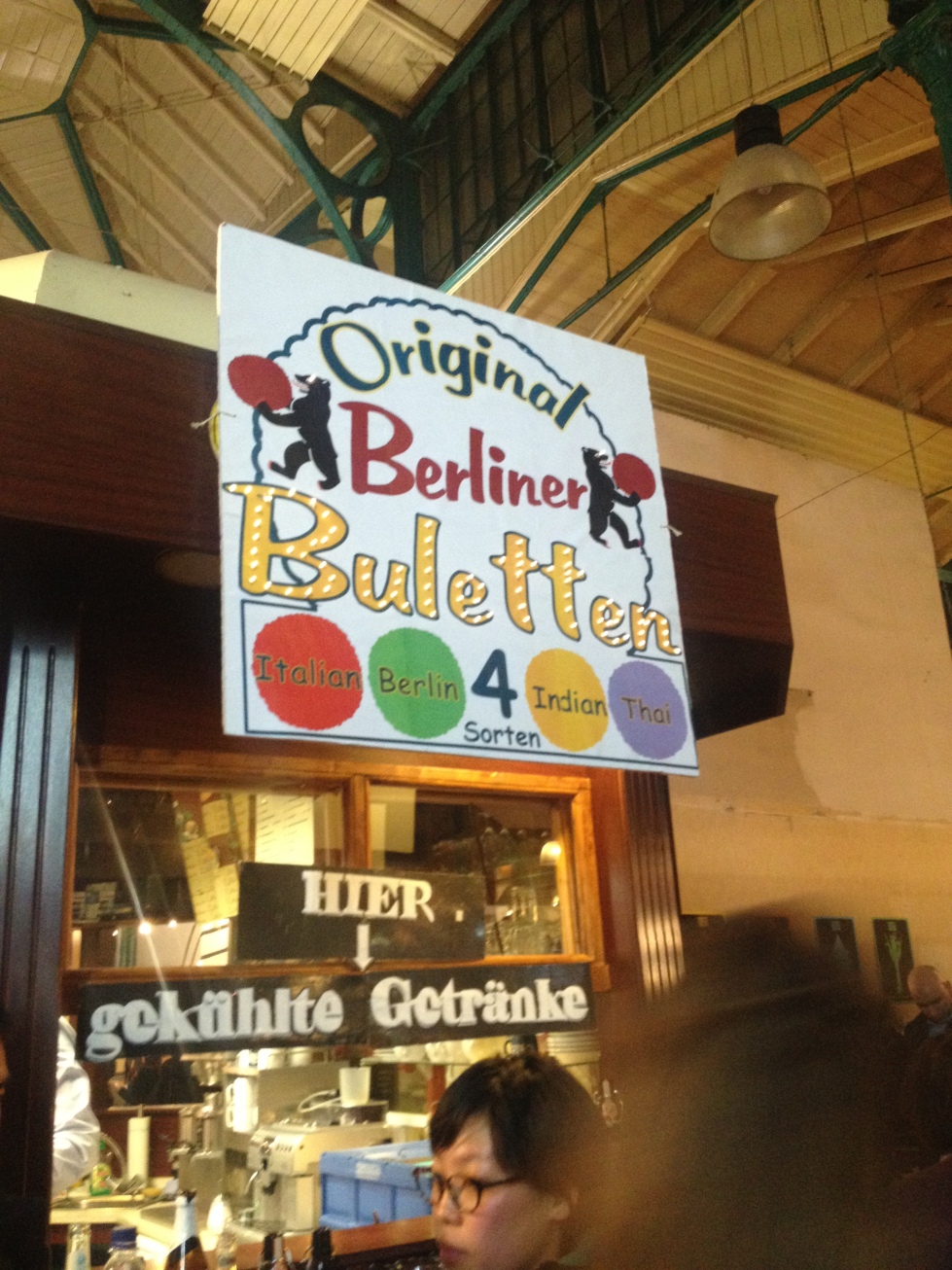 Before eventually deciding we probably ready for a little pudding and heading over to this gelato stand which had an enormous queue, something I learned from my granddad is always a good sign. 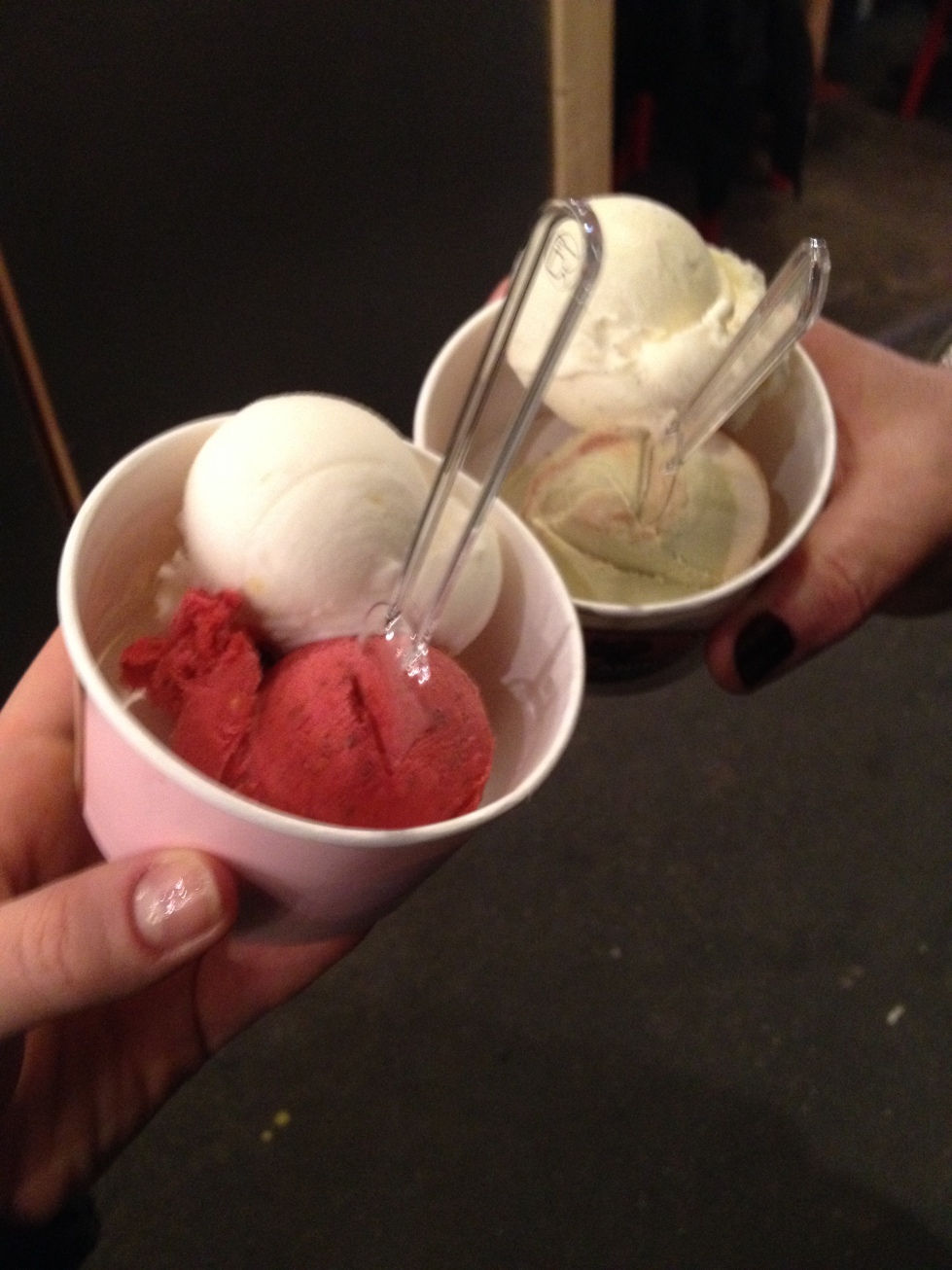 By this point we were pretty full and tired so took ourselves home in preparation for the very busy day of exploring we had ahead of us.

Have any of you been to the market? What did you think?